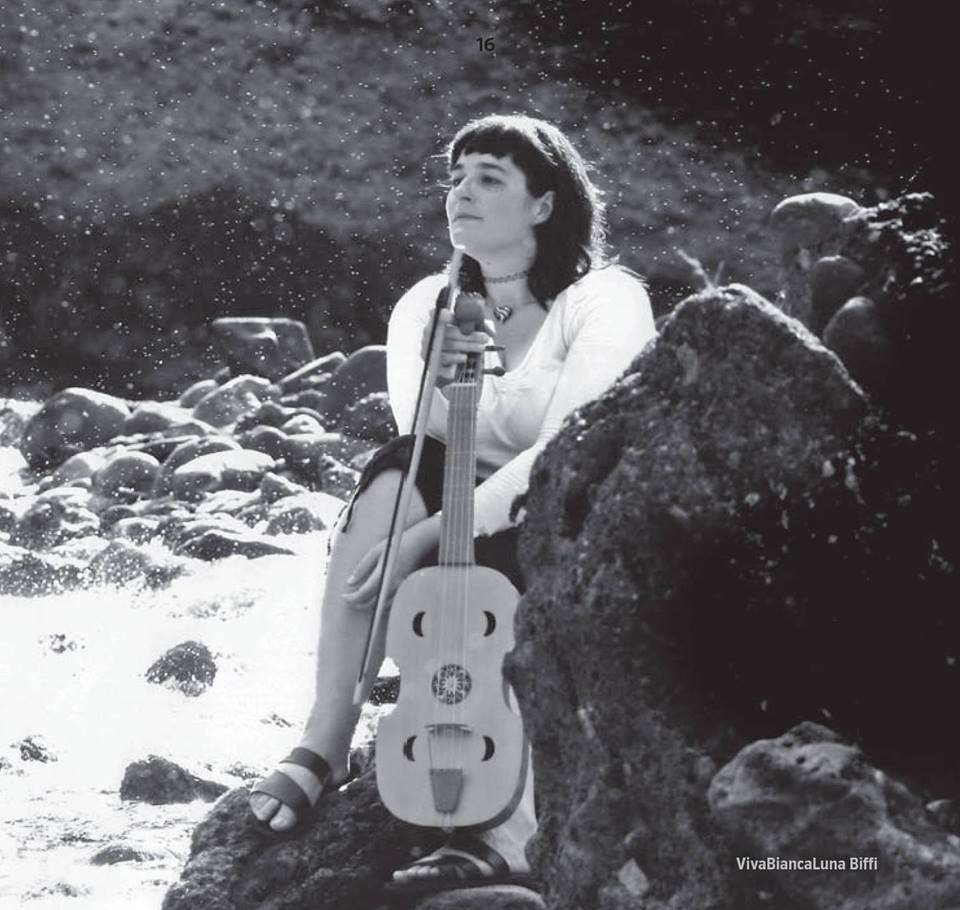 “Ondas” is part of a process that started long ago. Ever since I became involved in ancient music, twenty years ago, I have been experimenting with singing accompanied by a viola d’arco – not so much wishing to create a novel way of performing as simply out of curiosity about combining two melodic lines and being able to listen to them together straight away. The result of this earlier exploration developed into “Fermate il Passo”, a programme for live performance and CD, devoted to the repertoire of the Frottole of the late fifteenth and early sixteenth centuries. In “Ondas” I decided to take on the chal-lenge of monody. At the start of my adventure in mediaeval music, as an enthusiastic but ignorant student, I believed that monodic music was too simple and not very interesting: a single melodic line, the accompaniment to be imagined, often limited to a single drone, verses in obscure languages. Today, with the experience of many years and the good fortune of having met many experts in the art of monody, I understand that, precisely because of this pared-down quality, it forms one of the most complex repertoires a performer can take on, both as a singer and as an accompanist. These cantigas captivated me first of all through their words: the loneliness of love vis-à-vis the immensity of the ocean, and all the emotions this engenders. The seven cantigas de amigo by Martín Codax, where it is the female voice that sings of longing and hope in a dialogue with the waves, are set between two cantigas de amor, where it is a man who speaks, seeing the ocean as a painful reminder of lost love.

As always, it is important for me to say that my interpretation of the various repertoires does not pretend to offer the ultimate musicological answer: what I put forward is one hypothesis among many others, and I humbly reserve the right to change my mind in the future, in the light of new experien-ces, new study, knowledge and encounters.

Rui Fernandes de Santiago
Galician troubadour and cleric, active around the middle of the thirteenth century, most likely at the court of Alfonso X of Castile, know as El Sabio (The Wise).

Martín Codax
Very little is known about Martín Codax: he was probably a minstrel (jogral) from the town of Vigo, and active around the middle of the thirteenth century during the reign of Alfonso III of Portugal, known as The Restorer.

Paio Gomes Charinho
Galician troubadour, active in the last decade of the thirte-enth century at the court of Sancho IV of Castile, known as El Bravo (The Bold). He was buried in the Convent of Saint Francis in Pontevedra (Galicia).