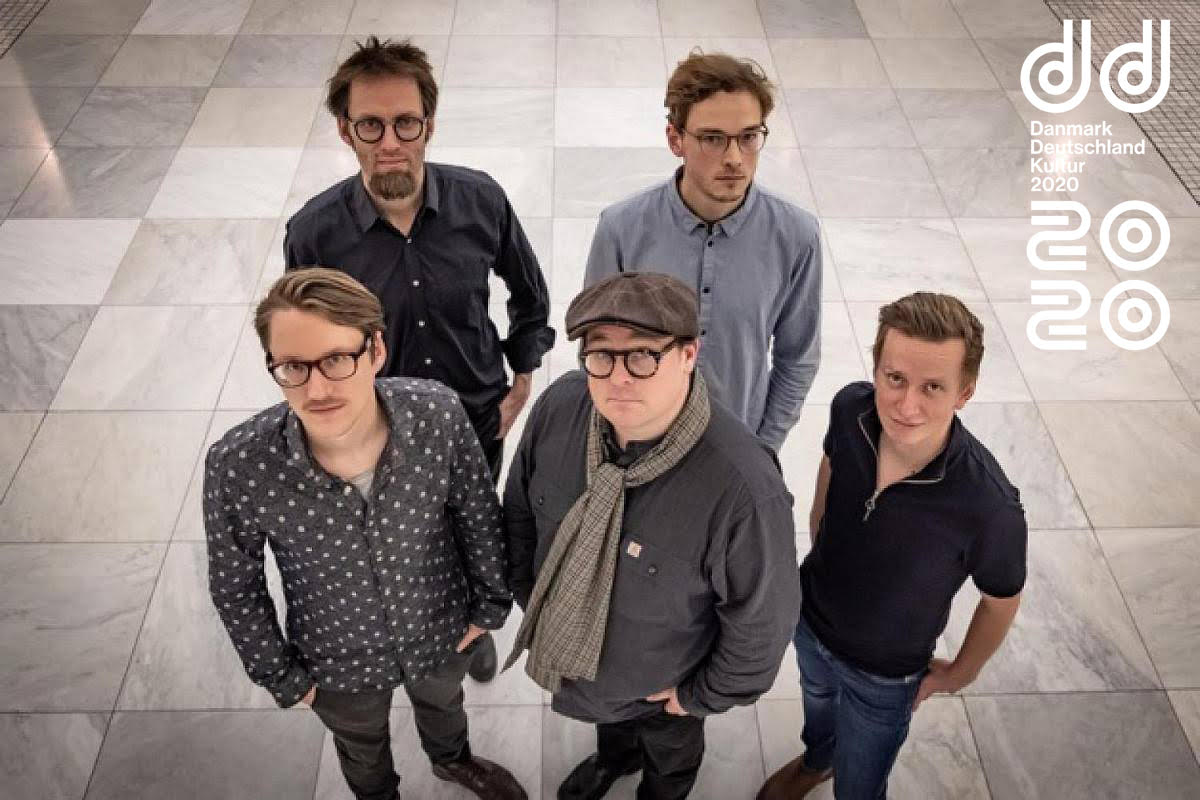 Bassist David Helm and drummer Fabian Arends are known as the core of some of the most forwardthinking groups in germany and their work together as a sideman is documented on almost 20 records. In March 2019 they released their multi-dimensional album FOSTERCHILD on Tangible Music.
Their work as collaborating bandleaders dates back to the year 2015 and at the same time marks the beginning of FOSTERCHILD in it´s current form.
For the first installment of a three-part concert series commissioned by the renowned venue LOFT in Cologne, Germany, Helm and Arends invited Danish pianist and composer Jacob Anderskov. After closely following Anderskov’s previous output and relating to it in both compositional and improvisational sense, this first concert proved to be a true meeting of spirits.
In 2016 the trio was invited to play three concerts as part of the Copenhagen Jazz Festival and decided to add Kasper Tranberg on trumpet, a long-time colleague of Anderskov’s. In 2018 the band performed once again in Cologne and included one more voice in saxophonist Sebastian Gille, with whom Helm and Arends had both previously collaborated with. Later that year Deutschlandfunk invited the quintet to record an album which will be released in October 2019 on the Danish ILK label.
The music of FOSTERCHILD is informed by an eager willingness to explore new timbres and sound structures as a group.
The initial collision of the varying compositional approaches of the band members creates in fact creates a positive effect, thanks to their compatible improvisational dialects and their innate ability to interpret each other’s written material. Each a highly distinctive instrumentalist in his own respect, together they combine their individual voices in order to create unique spaces for improvisation as a symbiotic unity.
https://www.fabianarends.com/www/Fosterchild.html

The concert is supported by Goethe Institute DK and part of DD2020….