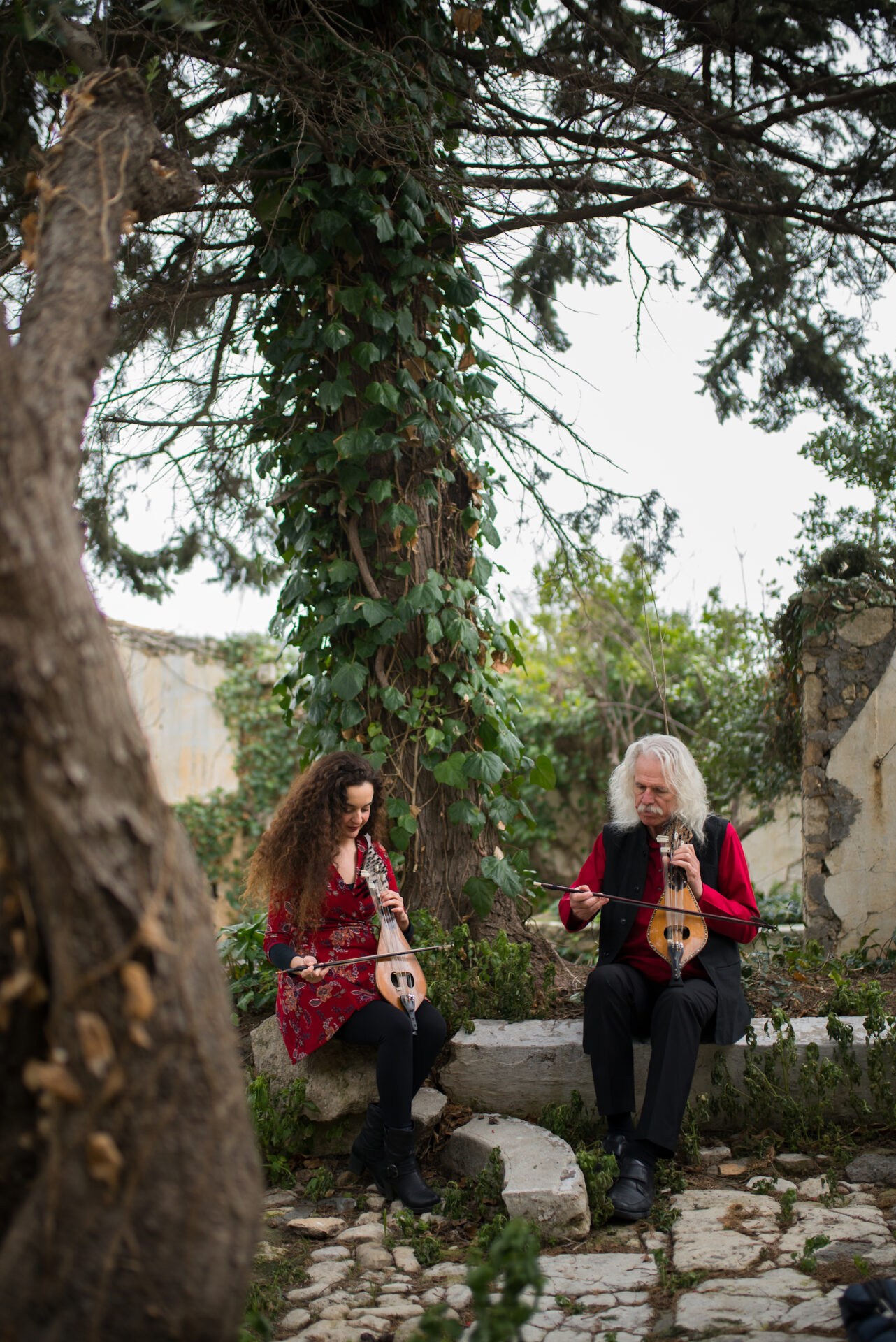 Ross Daly and Kelly Thoma are a duet of a unique nature. Central to their work is a rather obscure and little known instrument, the Lyra, a small upright knee-fiddle used in a number of Middle Eastern and Balkan traditions as well as in the music of the island of Crete where Ross Daly and Kelly Thoma reside.
The music played by these two artists however does not actually belong to any single tradition, rather it draws its inspiration from a wide variety of ancient and timeless traditions deriving from the broader world of modal music. These elements are incorporated into a new genre which Ross Daly refers to as Contemporary Modal Music.
This genre however has very little to do with what we have usually come to associate with contemporary music, in fact its sound seems to step outside of time oscillating between something that might have been played several thousand years ago or sometime in the distant future. Ross Daly and Kelly Thoma, inspired by a profound belief in the transpersonal and transcendental nature of the timeless archetypal modal traditions of the east, have studied these traditions extensively with some of the world’s greatest master musicians. The knowledge acquired from these sources is then integrated into compositions of their own which reflect their perception of the sacred nature of the art of music.
Tickets: 100 DKK / Stud: 50 DKK
Koncerten indgår i 48 TIMER FESTIVAL