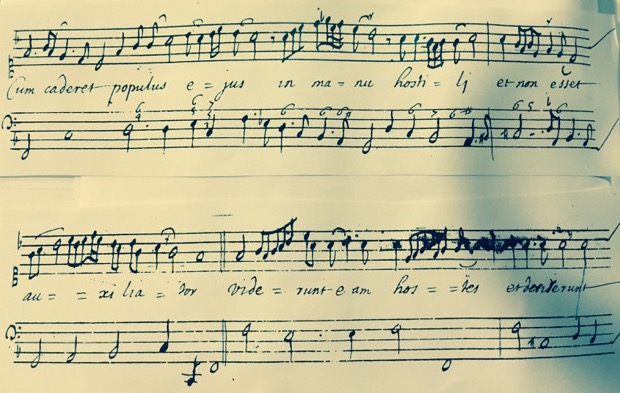 Around 1662/63 Michel Lambert composed his first complete cycle of Leçons des Ténèbres. (He completed a second cycle dated 1689.) They were performed in front of the king in Paris at L’Eglise de Feuillants. The lessons are a series of meditations that from my personal understanding and experience aim at bringing listeners and performers beyond the shadows of death and sorrow, allowing for a sensation of wholeness rather that a separation between pain and hope. The musical manuscript is colored by detailed written out vocal ornamentations. I am currently engaged in an artistic research study of these meditative lessons and their vocal ornaments. Throughout the study I read the score through the philosophical understanding of two concepts: the concept of NOTHINGNESS and the concept of JE-NE-SAIS-QUOI.  In the process of performing the musical ornaments I set off on a journey into a certain-something, that cannot really be described, since the score at first can be viewed as rather ‘irrational’, but at the same time extremely detailed and specific. It is in this spacetime in-between reason and non-reason where I search for my own artistic interpretation of this wonderful meditative music from the 17th century.