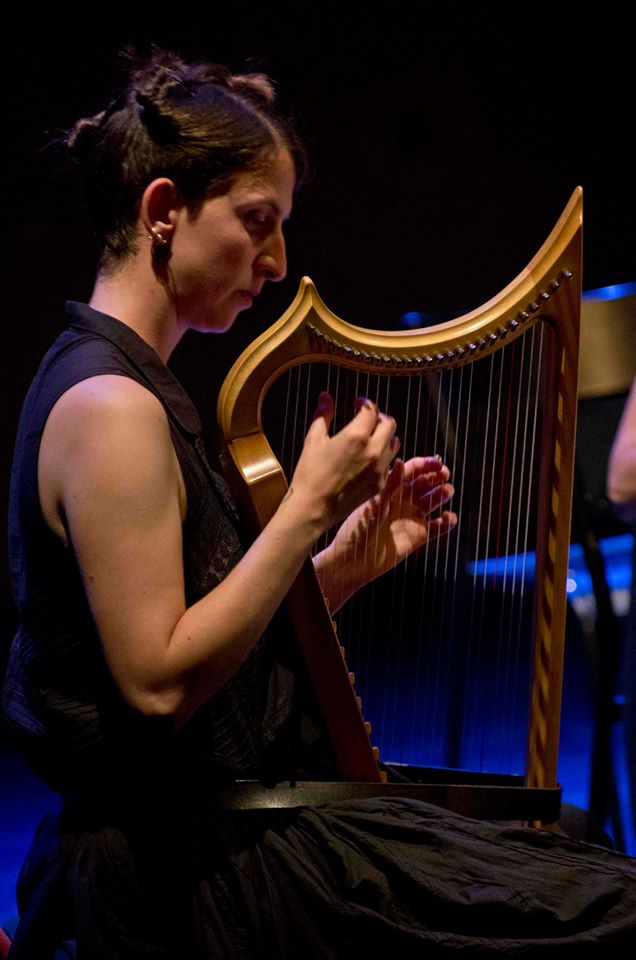 Leah Stuttard hails from a Lancashire mill town and has played the medieval harp for over 15 years. Originally a keyboard player, she fulfilled her dream to own a harpsichord shortly before graduating with a first class music degree and prizes in musicology and performance from Manchester University. Whilst there, she studied with well-known medieval musicologist, Professor David Fallows.
After working professionally in London for a couple of years during which time she managed to direct the UK premiere of the first opera written by a woman, she was awarded a Leverhulme Trust Study Abroad Studentship to go to the Schola Cantorum in Basel, Switzerland where she deepened her understanding of the performance techniques and background of the early harp, spending three years there with Heidrun Rosenzweig as her tutor. She has also worked with bray harp expert, Bill Taylor.
Her career has taken her around the world, appearing in festivals such as the York Early Music Festival, at the Southbank Centre in London, and in Rome, Madrid, Berlin, Paris, Amsterdam, New York, Los Angeles, Boston. In the UK she founded and worked with the ensemble Mediva until 2004 and with Bardos Band until 2010. She first started working with the Italian medieval ensemble Micrologus (Italy) in 2002 and continues to play with them across Europe. She has also appeared with Jordi Savall in the ensemble Hesperion XXI (Spain) across Europe and in North America and with Ensemble Unicorn (Austria).
She studied singing with Howard Milner from 1994 until his untimely death in 2011.