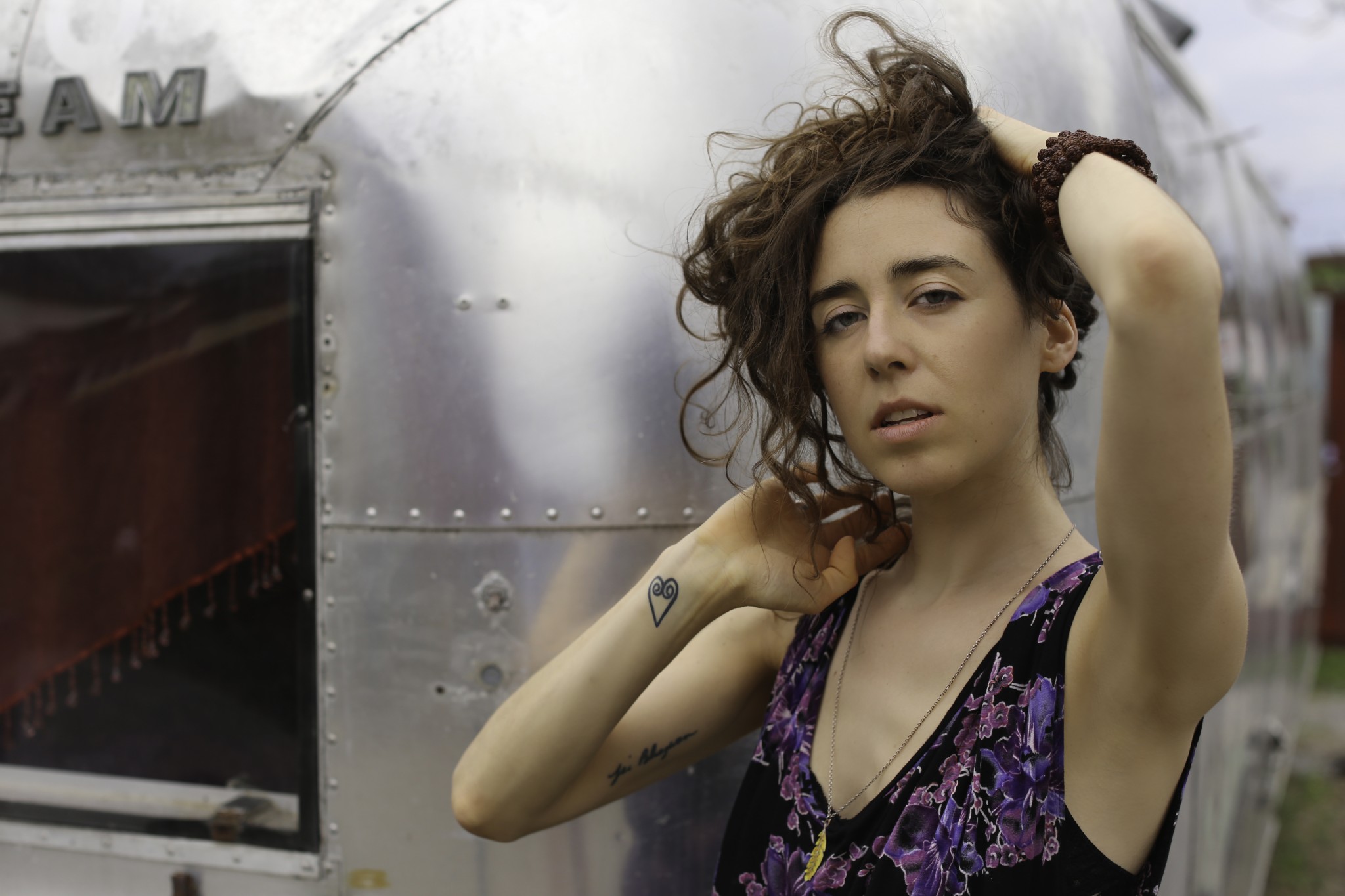 After nearly a decade on the road Cygne (“seen”) has acquired a collection of songs rich in travel imagery and the particular wisdom of someone who walks an alternative path. Described as “illuminating” (Eugene Weekly) “with soul to burn” (SLO New Times) last year her original fingerstyle blues won her the title in the Telluride Blues & Brews Festival Solo Competition as well as Eddie Owen’s renowned Songwriter Shootout in Atlanta.

In late 2014 she traded the sunny coast of Santa Cruz for northern Vermont, where she joined her partner to write, record, and retreat from the road. When their housesitting engagement fell through they moved into an upstairs room of a haunted pizza restaurant, where lights flickered, unseen babies cried, and nerves frayed. Ultimately no amount of sage-burning could salvage what would be the end of their creative and romantic relationship.

Isolation and heartbreak are generous muses, but rather than settle for a breakup album Cygne took refuge in creating something that would provide comfort to others. “We all have scars / Every love leaves a mark” she sings in the opening track “Scars.” “We are more than our scars / More than the names carved in our bark / More than the pain written in the dark / We are not our scars.”

After last year’s more aggressive RISE UP! Cygne takes a gentler approach on Passenger (May 5th) while retaining the same free spirit. The songwriter who penned the angry “Great Whites” and paranoid “Don’t Let Them Collect You” (released as Laura Meyer on 2010’s Been Here Before) is notably calmer on “Walk With Me,” softly singing, “Don’t ask me where I’m going / There’s no path beneath my feet / Don’t ask me where I’m going / Come along and walk with me.” It’s no longer her against the world – we’re going to find our way together.

While the album was inspired by personal loss, it serves as a public invitation to put down our shields and to honor what is before us as well what is within. On “Be My God” she sings, “I once wanted a man or so I thought / What I really wanted was a god / Someone to save me, someone to claim me / Whenever I got lost.” The angst and longing are still present, but they are no longer demons. Rather they are the angels who propel us toward self-realization.