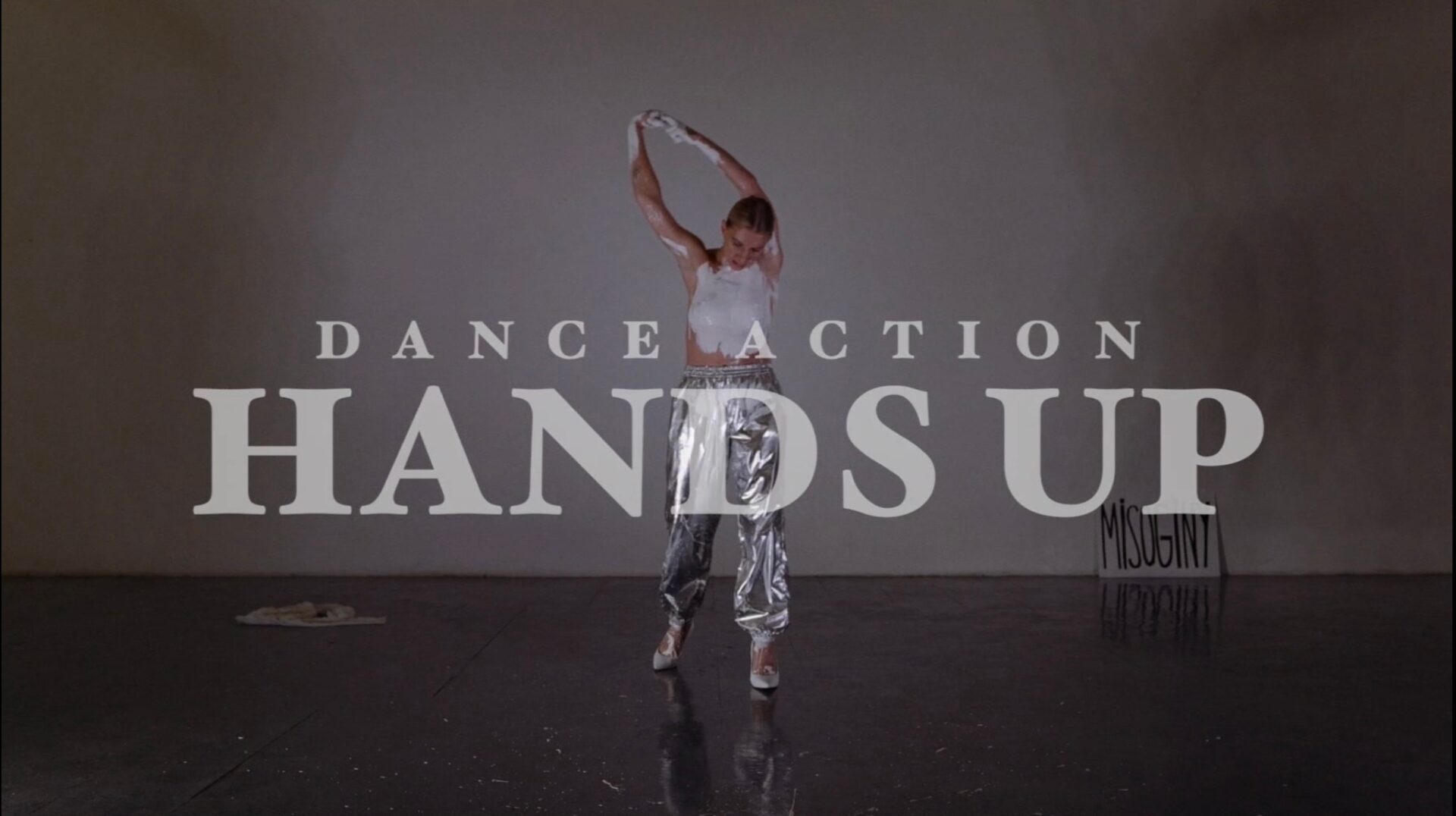 HANDS UP is a physical body position reflected in many different cultural, social and religious contexts. The chosen topic is a protest culture. “The embodied protest” is the result of an artistic research. In Lithuania, protests are identified with the strongly romanticized era of the Reform Movement but in the context of recent world events, from a sociological perspective, it is worth questioning the notion of protest culture as a virtue in itself. Non-constructive protest is a convenient form for anarchy to take root.
A dance action HANDS UP inspired by the protest culture examines the fragile distance between surrender and devotion, reconciliation and resistance. Raising such questions as: What kind of Protest Baby will we raise? Will it be a symbol of freedom or aggression? This is a research in which only one truth and answer do not exist.

The contemporary dancer and choreographer Agniete Lisickinaite is coming to Copenhagen for a showcase! We welcome all programmers, producers, cultural managers, artists and the entire Danish artistic community to see this event all the way from Vilnius, Lithuania!

RSVP – Free entry if you reserve seats in advance via JotForm: https://bit.ly/3vuaxs0