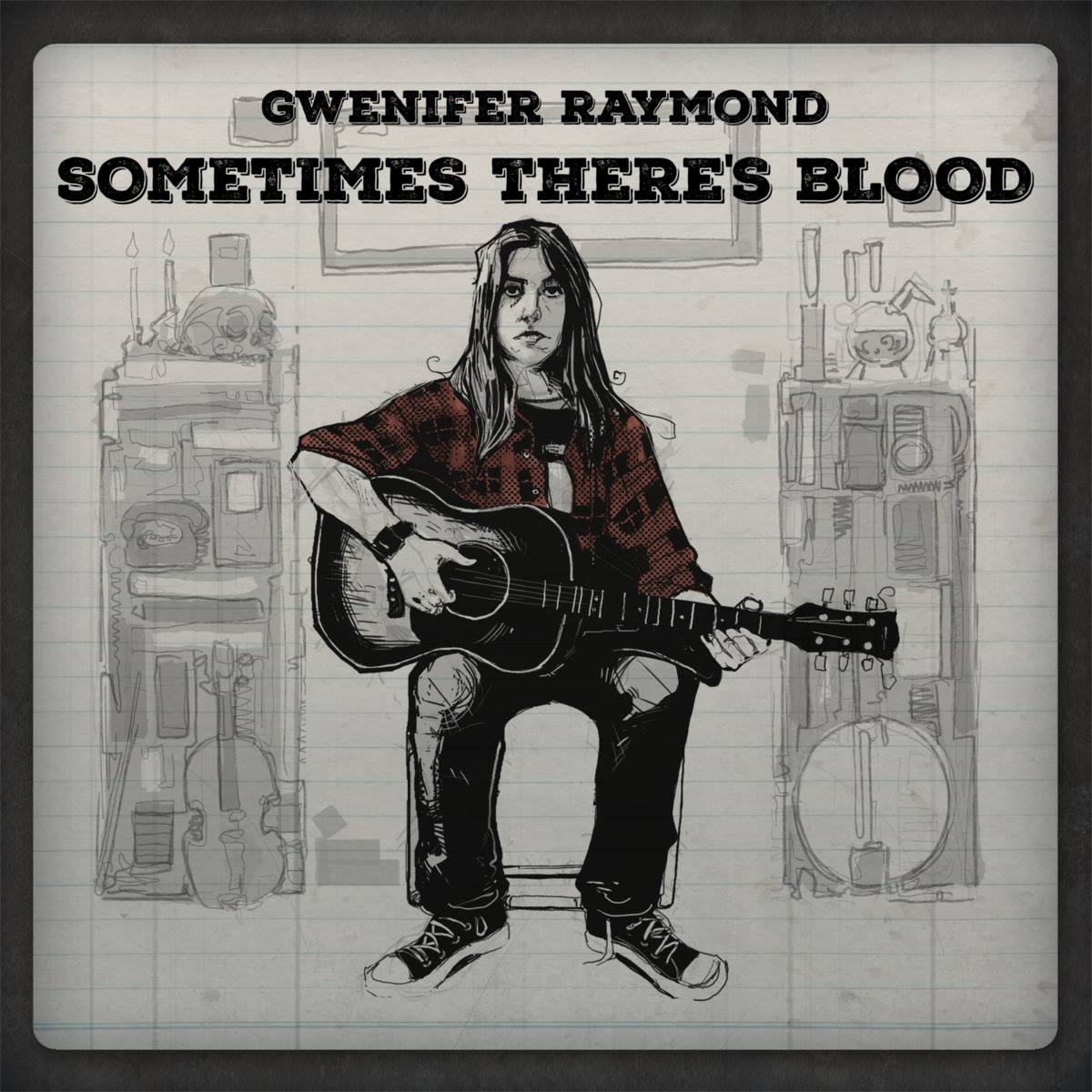 ¤¤¤ GWENIFER RAYMOND (UK)
When you have a PhD in astrophysics and design video games for a living, why not kickstart a promising music career as well? Gwenifer Raymond is a Welsh multi-instrumentalist, originally from Cardiff but now residing in Brighton, England. Gwenifer began playing guitar at the age of eight shortly after having been first exposed to punk and grunge. After years of playing around the Welsh valleys in various punk outfits she began listening more to pre-war blues musicians as well as Appalachian folk players, eventually leading into the guitar players of the American Primitive genre. She has since been playing her own moody and often-times manic original American Primitive styled compositions on guitar and banjo around the UK and the US.

She released her debut LP You Never Were Much Of A Dancer on Tompkins Square earlier this year to rapturous response. She has found herself equally embraced by fans of old-west and equally, by left field/experimental audiences.

¤¤¤ EXQUISITE RUSSIAN BRIDES (DK)
Along with being active on the Copenhagen underground scene for the last 20 years in a series of bands ranging from the psychedelic noise rock of Distortion Girls to the queer pop duo Boy On Boy, Marc Kellaway has since 2003 quietly released a string of experimental albums under the name of Exquisite Russian Brides, sometimes working alone, sometimes drawing on a pool of likeminded collaborators.

While the focus on drones – whether electric or acoustic, noise based or harmonic – has been central to the project from the outset, a shift has gradually occurred over time toward a more reflective, even meditative approach, drawing on Marc’s more ambient work in sound design for various stage and dance performances. As both a logical conclusion and a new beginning for the project, this shift reached it apex on the 2xLP “Overflow Variations” released earlier this year with its series of gently hypnotic long-form pieces somewhere between ambient krautrock, soft noise drones and minimal dub techno built from old tapes, field recordings and analog synthesizers and drum machines. A digital epilogue “All The Rest Overflow (dub)” was released in November.

¤¤¤ JONAS OKHOLM (DK)
Roaming the Copenhagen music scene as a front man in bands like Easy Rider and Spost spewing improvised lyrics Jonas Okholm finally found a home for his comprehensive literary output when Escho decided to release his debut Så snart man åbner vinduet ud til den populære sol vælter årets første flue ind i rodet (2016). Okholm took it up a notch with the Twin Peaks-obsessed Jeg håber og tror at TWIN PEAKS vil samle os igen where everyday stories from your local gas station are infused with a Lynchian absurdism. Live, Okholm’s musings take on a life of their own, blurring the lines between poetry and noise.

FESTIVAL OF ENDLESS GRATITUDE
Festival of Endless Gratitude is a non-profit music and arts festival founded in 2007 on friendships across the Atlantic. See more at www.foeg.dk.