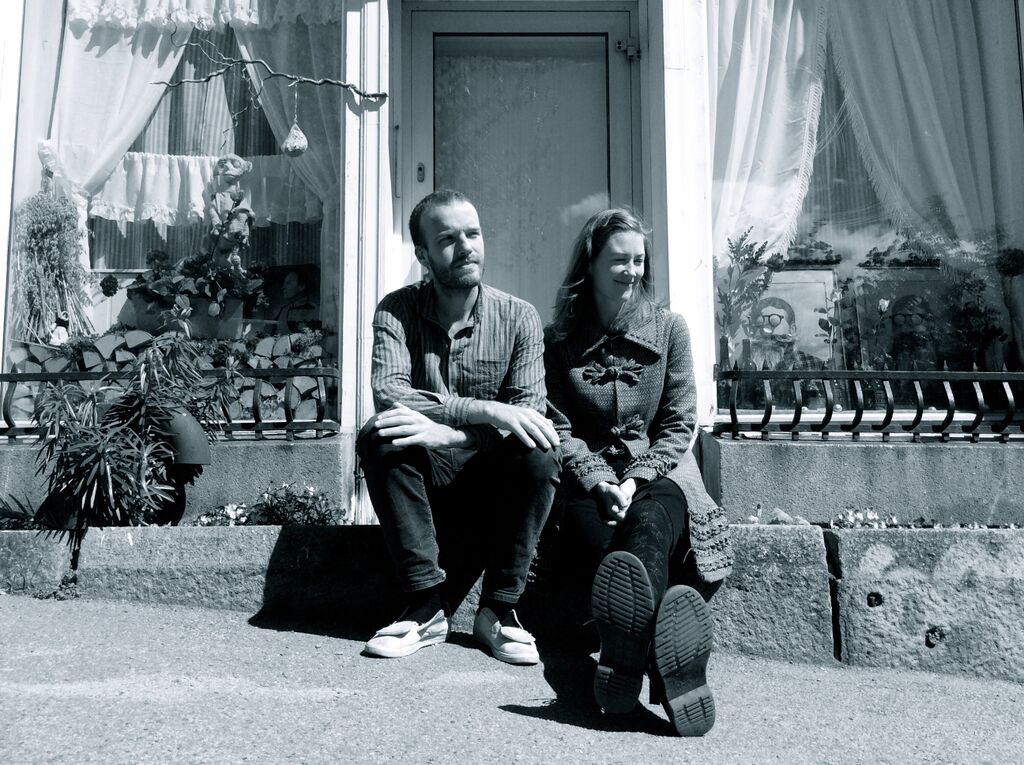 Laura Ellestad is from Canada, and moved to Norway in 2008 to immerse herself in traditional Norwegian fiddle music. Magnus Wiik is Norwegian, but has always felt more at home playing American old-time music, and has travelled to the US many times to learn, compete, and perform. Coming from these two opposite, but strangely similar starting points, the two began playing together in 2012, and have built up a large repertoire of Norwegian and American tunes which they interpret in their own, unique style. American tunes have been played on Hardanger fiddle before, but Laura’s distinctly Norwegian approach adds a new range of colour to the melodies.

Laura’s debut album, Valdresspel i Amerika, was released on ta:lik in 2014, and was nominated for a Norwegian Grammy Award (Spellemannprisen) as well as a Norwegian Folk Music Award (Folkemusikkprisen). Laura grew up in Calgary, Alberta, Canada, and has family roots in the Valdres district in Norway. She has studied with some of the foremost Hardanger fiddle players in Norway, including Tore Bolstad, Jan Beitohaugen Granli, Håkon Høgemo, and Leif Rygg. Laura is currently a PhD Research Fellow at the Norwegian Academy of Music in Oslo, where she is researching the Norwegian immigrant folk music milieu in North America. She is the only Hardanger fiddle player outside of Scandinavia to qualify for the elite A class at Landskappleiken.

Magnus fell in love with folk music in the early 2000s, and since then, his interest in folk music traditions has become all-consuming. He is an alumni of the prestigious Jazz Programme at NTNU in Trondheim, and he completed a master’s degree in Jazz Performance at the Norwegian Academy of Music in 2013. He has taken numerous trips to the US and Ireland, and has collaborated with many renowned musicians, including Gerry O’Connor, Tony O’Connell, Jake Jolliff, Mike Barnett, and David McLaughlin. He has performed at several of the leading Irish and American folk music festivals, including IBMA, Celtic Connections, and Musiquat in Tunisia. Magnus has a deep interest in the spontaneous elements of folk music, and brings a strong improvisatory approach to the duo. In Norway, he is known from bands such as Julie & the New Favorites, Open String Department, and Magnus Wiiks Humdinger, as well as collaborations with Ola Kvernberg and Stian Carstensen.