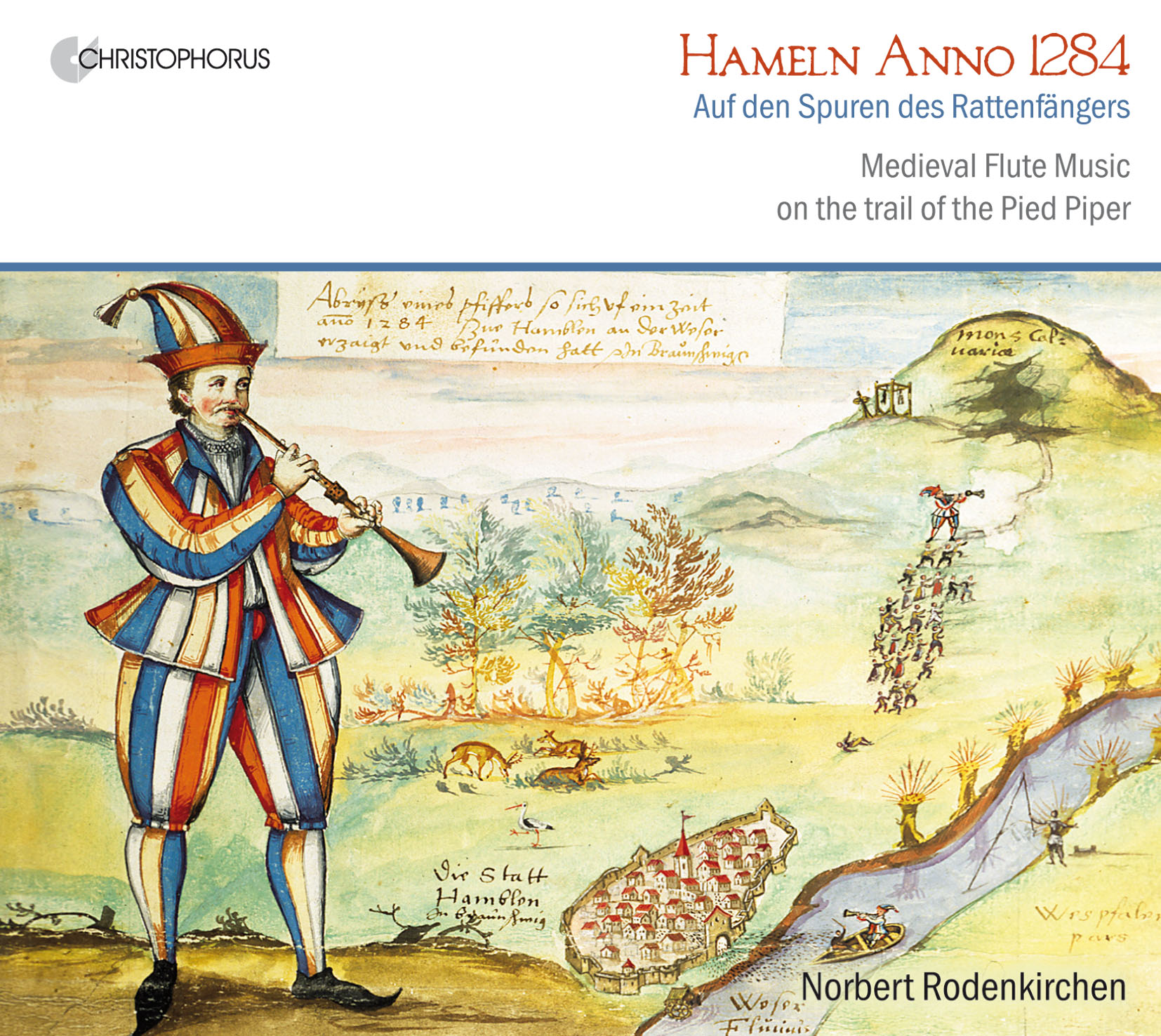 The figure of the mysterious flautist who according to legend enticed the children away from the town of Hamelin with his music in the year 1284 has retained its fascination up to the present day. What sort of music could the Pied Piper have played?
Recent research suggests that this figure was most probably a flute-playing medieval recruitment officer (in the Middle Ages those agents were also called locators), commissioned by the aristocracy from the territories south of the Baltic coast to attract young families to migrate to these areas. Early documents tell us that he succeeded in mobilising a large crowd of young people in Hamelin in the summer of 1284. Names like Hamel, Hamler and Hamelnikow can be found in Polish phonebooks still today.
_ _ _ _ _ _ _ _
Norbert Rodenkirchen, an internationally renowned specialist in medieval flute music, has long been fascinated by the figure of the Pied Piper and was inspired to embark on a search for musical sources with close regional and temporal connections. He struck lucky with the melodies of Prince Wizlaw III of Ruegen and his teacher, the so-called “Ungelahrte” [“the Untaught”], augmented by ancient Slavonic dances from Northern Poland and the tunes of German minnesingers of the late 13th century. On the basis of his extensive experience in medieval improvisation, Norbert Rodenkirchen has utilised these musical models to weave a series of enchanting melodies in the style of medieval travelling musicians which could quite conceivably have been played by the Pied Piper himself. In 2012 the Christophorus label released Norbert Rodenkirchen´s CD “Hameln Anno 1284 – Medieval music on the trail of the Pied Piper” which received tremendous public attention internationally. The renowned German magazine Fono Forum wrote f.e.: Flutist Norbert Rodenkirchen immersed deeply into the world of the Middle Ages. (…) The music unfolds an almost bewitching spell.
_ _ _ _ _ _ _ _
BILLETTER a 100 DKK / Stud. 50 DKK købes i døren fra kl 19.30.
_ _ _ _ _ _ _ _
EARLY MONDAY støttes af Statens Kunstfond, Københavns Kommune, Knud Højgaards Fond, William Demant Fonden, Augustinus Fonden m.fl.