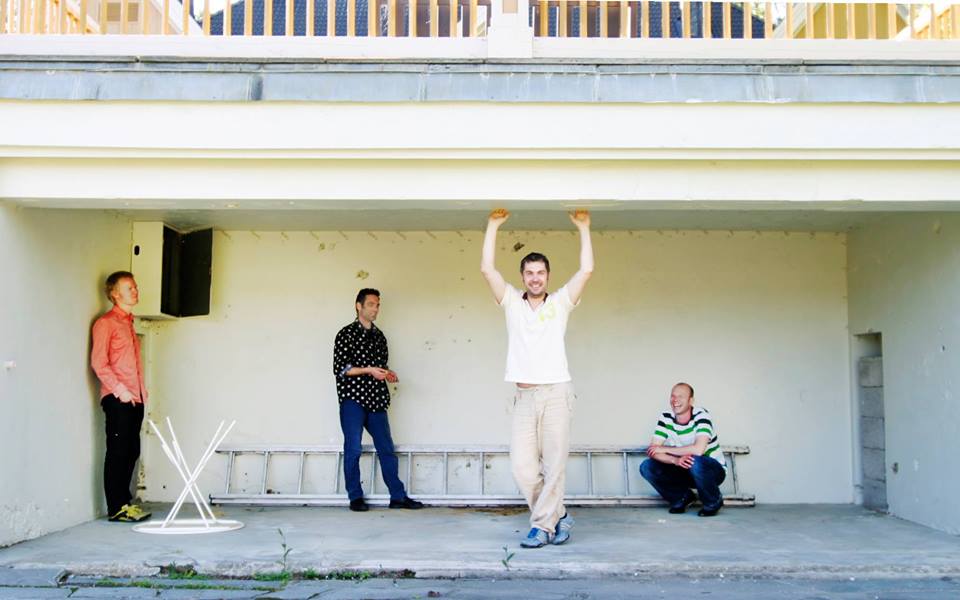 «There’s no end to the delights of this quite magical disc. The finest composition, like improvisation, ultimately relies on intuition, and these players seem to have an innate grasp of the right combination of sounds and textures. Dans les arbres must be one of the finest ECM Improv releases – indeed, releases from any label – in recent years.»
Andy Hamilton, The Wire

Dans les arbres stems from work that Ivar Grydeland and Ingar Zach began in duo toward the end of the twentieth century. Grydeland and Zach established the label SOFA, performed as a duo, and started several ensembles in which the two worked with musicians from the European improvised music scene. The duo passed through several stages, but their music really took shape while Grydeland and Zach were studying for their Master’s degree in Chamber Music at the Norwegian Academy of Music between 2001 and 2003. Those studies focused exclusively on their own compositions and improvisations. Around the time they gave their graduate concerts, Christian Wallumrød’s “Sofienberg Variations” (ECM 1809) was released. Grydeland and Zach felt that Wallumrød’s music was related to their own. Seeing a possibilty for musical cooperation, they invited Wallumrød to participate in rehearsals and concerts. This work led Grydeland and Zach to record with Wallumrød.

Parallell to their duo, Grydeland and Zach were also working with bassist Tonny Kluften in a project-based ensemble with the obscure name, No Spaghetti Edition. The core of that ensemble was originally Zach and Kluften, but Grydeland gradually became an equal member. The ensemble core invited guest musicians from diverse genres to join their CD releases, tours and concerts, with a constant focus on large-ensemble improvising. Wallumrød took part in one of the earlier projects. In 2003, No Spaghetti Edition released their third CD (“Real Time Satellite Data”, SOFA513). On this release and on the following tour and concerts, French clarinettist Xavier Charles was a guest. Grydeland and Zach were impressed by Charles’ music. Feeling he could enhance the work that began with Wallumrød, they invited him to rehearsals.

In early July 2004 they had their first meeting as a quartet. Though it was successful, they weren’t able to meet again until 16 months later. That time, they met for another project with No Spaghetti Edition—recording the CD “Sketches of a Fusion” (SOFA520) with Tonny Kluften and the Canadian improviser, Martin Tétreault. Although the focus on “Sketches of a Fusion” is clearly different from “Dans les Arbres,” working with
“Sketches of a Fusion” and playing concerts with this material and this lineup inspired them to continue their work as a quartet.

In July 2006 Charles, Grydeland, Wallumrød and Zach met again. This time to work on a band sound and to compose music for their first release called “Dans les arbres” – which also is the introduction of the quartet by the same name: Dans les arbres. Since then the band has been touring in Europe, North America and Japan as a quartet. Dans les arbres have also performed with guest musicians such as Yumiko Tanaka, Otomo Yoshihide, Jim O´Rourke and the young Norwegian duo Vilde & Inga, The Norwegian Wind Ensemble and in composer, Henrik Hellstenius’ opera projects.

“Bringing again this strange magic of purity and beauty, pristine and mesmerising and free and fragile like insect wings, transparent as mist, yet the result of incredible concentration, self-constraint, control of the various instruments, masterly interplay, and strangely enough driven by an uncanny intensity.
Like lots of great music, it is this paradox of lightness and intensity, of freedom and control that leads to again a magnificent result.”
– Stef, FreeJazzBlog

The ever-evolving timbres in the music of Dans Les Arbres are flexibly open to be influenced and coloured by all four members of this unique ensemble. In what is more of a reflection than an improvisation, an obvious musical discourse is consciously subdued and subordinated in order to enhance acoustic originality and develop a subtle interplay within the group. The quartet is highly acclaimed for this idiosyncratic approach resulting in gradual and nuanced processual transformations of sound.
Dans les arbres is a democratic ensemble based on trust, listening and sharing musical material. The fact that DLAs music is always changing is due to each member’s continous search for sounds and possibilities on their respective instruments, which is then introduced in the ensemble. An important element in DLA’s musical creation is how all the material is shared within the group. It’s a deliberate choice to move away from the traditional roles that each instrument has and also equally vital to move outside a tempered tonal system. Preparing the instruments in various ways is a natural consequence of these choices.

Dans les arbres is currently planning the recording and release of their third album, this time using electronics and amplification as additional elements in the creative process. In 2015 DLA is touring Europe in the month of november, playing concerts in Switzerland, England, France, Norway and Denmark along with festival dates in France during the summer. DLA also made a significant contribution to Ivar Grydeland’s final concerts at The Norwegian Academy of Music in Oslo in april 2015 – as part of The Norwegian Artistic Research Programme. The ensemble has been involved in Grydeland’s project, an involvement that has led to the development of a workshop concept in ensemble improvisation.

Improvised music with a lot of energy.