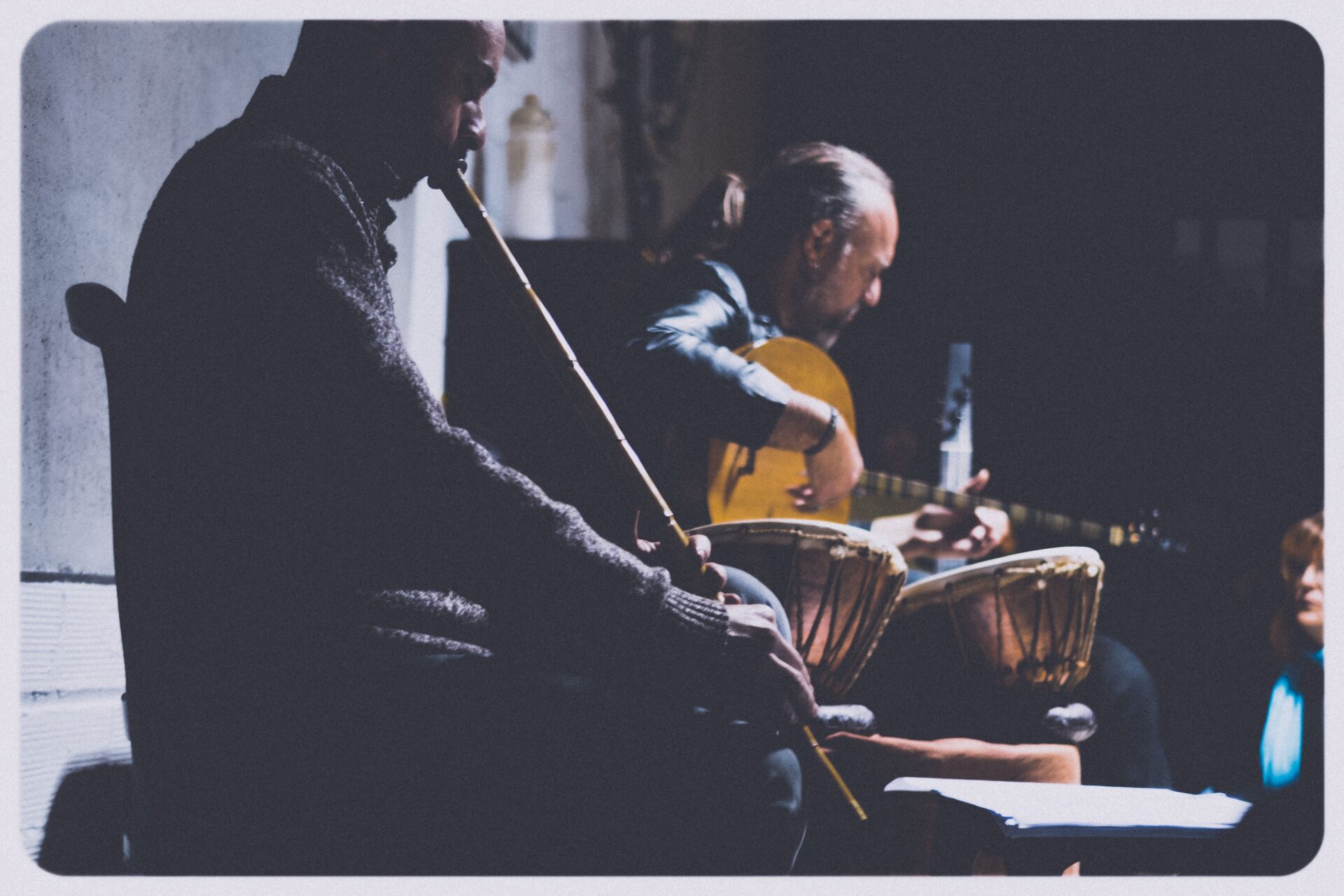 Efrén López: Oud, Lavta, Fretless Guitar, Oğur Sazı, Afghan Rabab, Tanpura
Christos Barbas: Ney, Lavta
Atlas is a new album by Efrén López and Christos Barbas – the first one by their acoustic duet, the culmination of 18 years of shared musicianship and friendship. During this period they have collaborated in numerous projects & albums, groups like L’Ham de Foc, Yeden, Aman Aman, Abracadabra and countless concerts in the circles of Labyrinth Musical Workshop in Crete and elsewhere, Labyrinth being another collective home of theirs. On Atlas the two musicians reconnect with the power of the acoustic duet’s sound and its simplicity, through a series of primarily new compositions (Hoquetus, Sadaf, La Nau, Jasmin) and also melodies coming from medieval and ottoman classical traditions (“Ben volgra, s’esser poges”, “Kürdi Peşrev”), with a lot of space and time spent in textural and minimal improvisations. Through years of mutual interaction and shared knowledge, the duet has developed a kind of common vocabulary, a lexicon based on the musical disciplines that each of them have studied in parallel, that are juxtaposed in multiple points and combined with extensive spaces for improvisation, silence and meditation.

In Atlas the two musicians mainly present original compositions of theirs – both of them being very productive composers throughout recent years, in a variety of different genres – but also revisit compositions they have previously recorded elsewhere. The opening track of the album – The sea – is an open, rhythmless-melody that Christos wrote for the project “Eternal Tides” of the singer of North-Indian music, Sri-Lanka-born Hania Mariam Luthufi, intended to raise environmental consciousness about the oceans and the need for social and ecological sustainability. Here the main melody is only setting the mood and appears at the end of the track, almost as an echo of the original recording for five multi-layered neys. Efrén creates his own “sea” of string sounds, played live, through a heterodox tuning and playing technique. Efrén says: “Inspired by the melody of Christos that offers ample space for improvisation, I have put into practice an idea that I have wanted to try for many years now. I tuned two ouds, a Turkish and an Iraqui one, in such a way that the open strings of both together would create chords and scales that could serve as a base and accompany the ney. The combination of the two lutes creates a harmonic background that resembles more that produced by a kind of harp rather than the traditional sound that someone would expect from those instruments.”