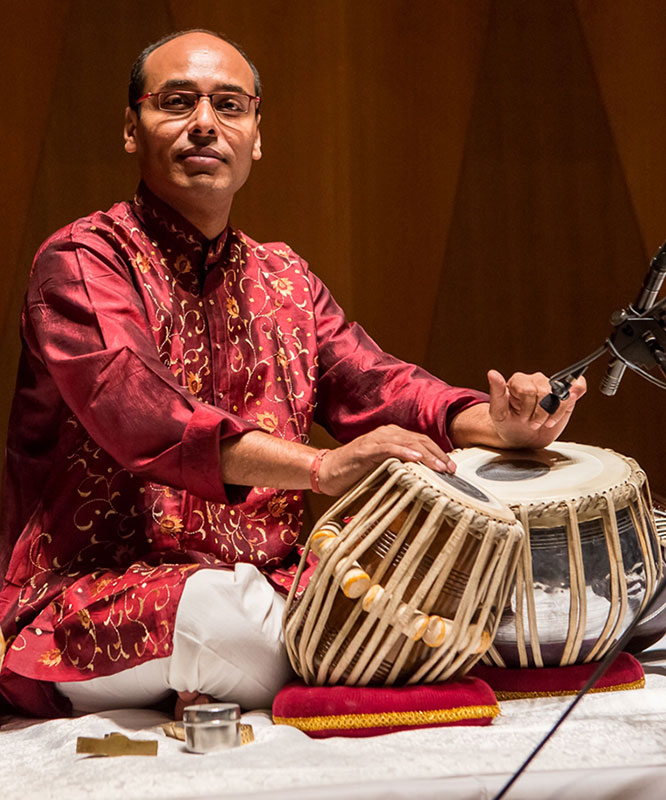 Widely considered as a solo Tabla performer and a collaborator Arunangshu’s contribution has been unique with many national and  international projects. This visionary musician has carved a niche in the world of music with his own brand of percussive sound which is one of its kind.

Born in a musical family in West Bengal this Delhi based artist started learning Tabla under the able guidance of Pandit Shankar Ghosh and Pandit Shyamal Bose. His unique style of blending different intricacies of world rhythm gives a new dimension to his playing.

Arunangshu has collaborated with the stalwart musicians of Indian Classical Music and great percussionists of different parts of the globe. He has over twenty recordings available in the music industry. His albums “Call Of the Body and Mind”, “Ibteda”, “Rhythmatrix”, “Navaras” are few of the released albums which showcase his innovative ideas as a composer and live performer.