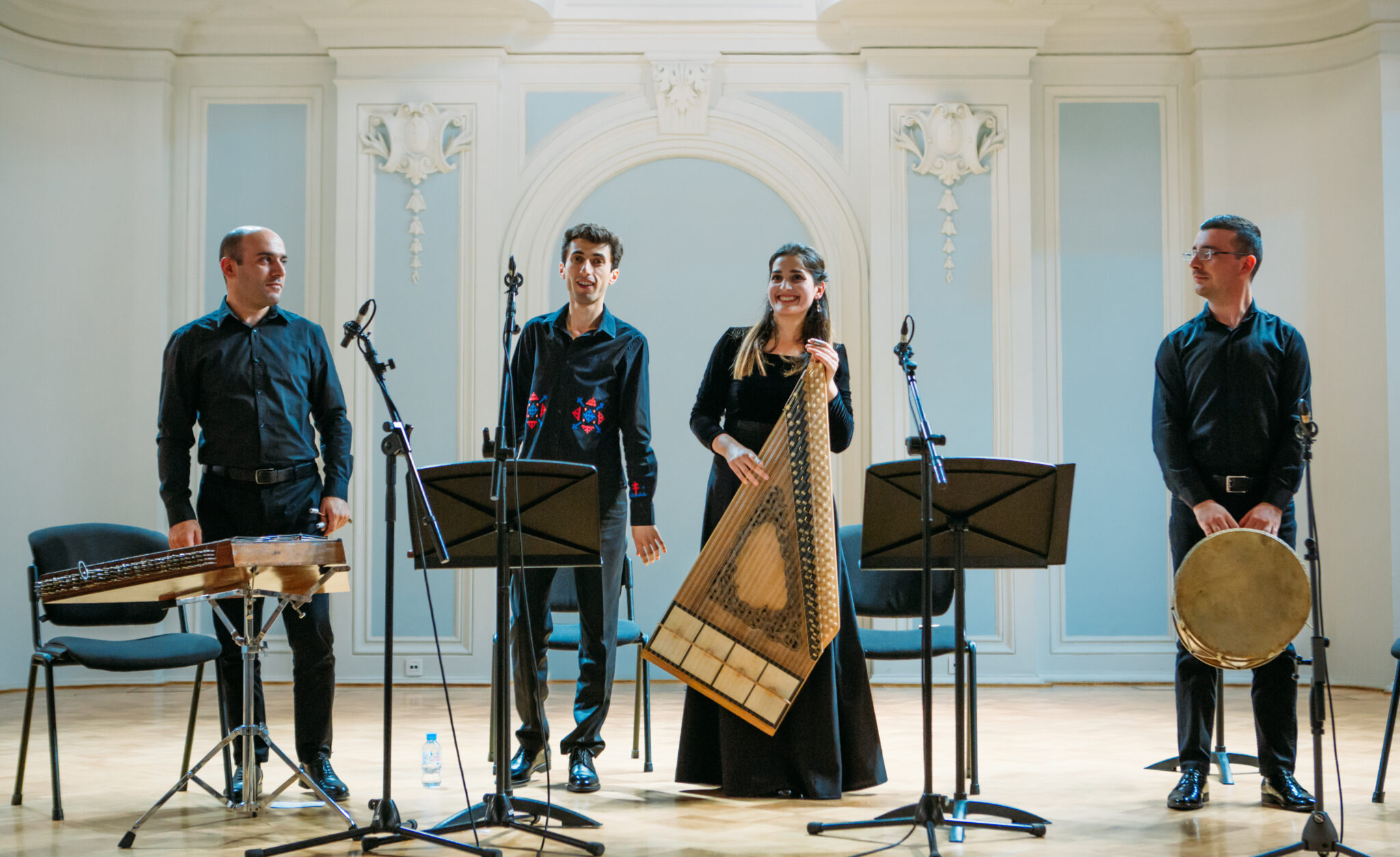 ARSEN PETROSYAN is a young duduk master numerously awarded for his talent. He lives in Charentsavan, Armenia. Seen as a musical prodigy, he has initially started his studies at the age of six, learning the “shvi” (Armenian wind instrument) with mentor Krikor Khachtryan.

He was graduated from the State Conservatory Komitas (Yerevan, Armenia) where he’s studied with famous duduk master Gevorg Dabaghyan. Despite his relative young age (he was born in 1994), Arsen Petrosyan is an accomplished professional musician who has toured in the United-States, Russia, Canada, UK, Denmark, Norway, Sweden, India, Abu Dhabi, Germany, Spain (Canary Islands), France, Poland,Turkey, Republic of Georgia as well as in his own country.

The Quartet was formed in June 2018.They play traditional, sacred & classical music from Armenia.

Arsen Petrosyan goes beyond the boundaries of traditional music (Armenian). He invites his audience to travel toward countries far beyond Armenia : the world is his oyster. His diverse collaborations are here to prove it.