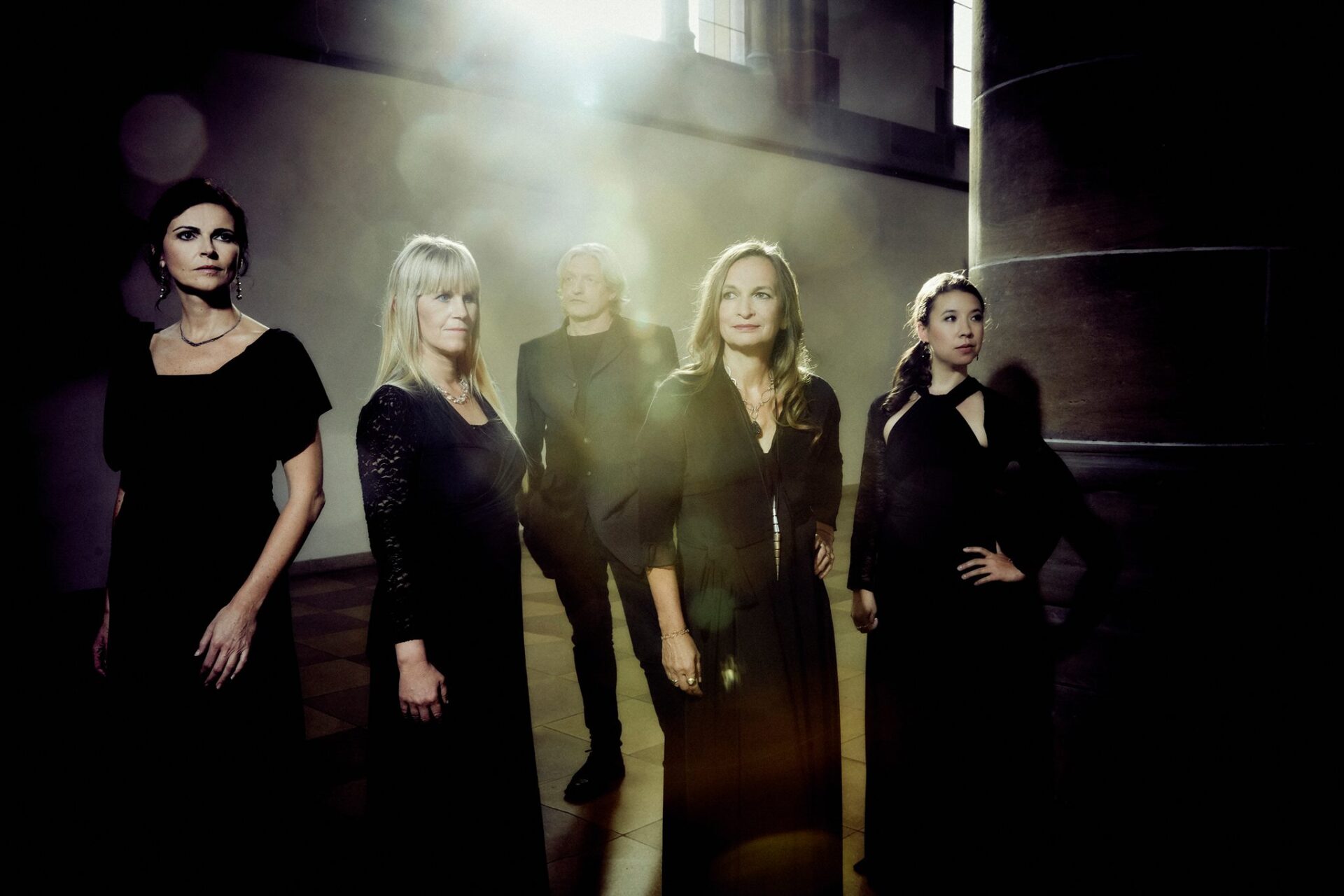 The French-Italian writer, Christine de Pizan, stands at the center of this program, an uncommonly interesting, versatile and creative personality whose life in Paris around 1400 was marked by the whims of the goddess Fortune, with extraordinary ups and downs.

Christine de Pizan, today known above all as the author of The Book of the City of Ladies (1405) was both author and ‘publisher’ of her own works, but was not exactly a composer. The inspiration to put her life and works to music stems from the fact that one of her ballades, Dueil angoisseus (“Anguished grief”), a poem about solitude and melancholy, was in fact put to music by her Flemish contemporary, Gilles de Binchois (1400-1460).

In all probability there were numerous other works of Christine put to music which have not survived. For this reason our task has been to apply the principle of contrafactum,  ubstituting one contemporary text for another which had already been put to music. This approach – recycling already existing elements, either melodies or texts in order to create a new work – was widespread in the music of the late Middle Ages and Renaissance. The next step was to determine how Christine herself would have composed her own ballades – a term derived from the Italian ballata or “dance tune” – with a musical accompaniment in mind, for they were destined for a noble public in the circle of the French queen Isabelle de Bavire, born as the imperial princess Elisabeth von Bayern from the House of Wittelsbach-Ingolstadt.

The boundaries between text and music, especially with ballades, were extremely open. It fits the progressive orientation of her thought that Christine radically re-casts the ideals of the troubadours‘ courtly love from a female perspective, all the while skillfully relying on the popular poetic genres of her day, such as ballades, rondeaux and virelais. For this reason we chose to put her love poems to the music of melodies that had already been popular almost a century before her time and with which she was perhaps familiar.
Putting together this program proved to be an enormous challenge for the Ensemble, because it was a question not only of perfecting the musical styles, deciding on the musical arrangements and then interpreting these in the VocaMe’s emblematic sound, but also of establishing a body of texts which offered representative insights into Christine de Pizan’s poetry.

VocaMe is an ensemble made up of four renowned female vocalists from the field of early music, directed and accompanied by Michael Popp.
The ensemble created a sensation with its first project, the world’s first recording of the hymns of Kassia, a ninth-century Byzantine female composer.

Sigrid Hausen studied with Nikolaus Harnoncourt and others at the Mozarteum in Salzburg, and attended various master classes for singing and historical performance practice. In 1985 she was a founding member of the renowned medieval Estampie Ensemble, with which she has been singing as soloist at music festivals at home and abroad and has made numerous CDs.
“The songs of Hildegard of Bingen combine peace and breadth, facility and depth. Building up and singing these songs with the ensemble has been a spiritual experience for me; the individual recedes before the shared experience, the harmony takes on material and ephemeral qualities at the same time.”

Sarah M. Newman was born in the USA and studied at the Juilliard School and the Manhattan School of Music in New York. She is a permanent member and soloist of the Philharmonic Choir of Munich and the well-known medieval Estampie Ensemble; she has performed at the Tanglewood Festival, the Landshut Court Music Festival and the Stockholm Early Music Festival.
“I am fascinated and moved to discover the difference between the music of Kassia and Hildegard. Kassia’s music and message are to me more substantial and grounded, in the earth, while I strongly connect Hildegard’s music and texts with her visions. The songs are like the multicoloured brush strokes of an Impressionist painter.”

Petra Noskaiová is much in demand as a Renaissance and Baroque music specialist. With groups like La Petite Bande and the Huelgas Ensemble she regularly performs at music festivals in Europe, America and Asia and has made more than forty CD recordings. She also performs works by contemporary composers with the Quasars Ensemble. She has been a member of VocaMe since 2010.
“What we in VocaMe share is our experience with unfamiliar expressive means. For me that results in quite extraordinary sounds. Our vocal differences give us a broad spectrum of expression and tone; in unison we blend to form homogeneous sound”

Gerlinde Sämann studied piano and singing at the Richard Strauss Conservatory in Munich. Since the early 1990s, the blind artist has sung in the Akademie für Alte Musik Berlin, Sigiswald Kuijken’s La Petite Bande and Ton Koopman’s Amsterdam Baroque, as well as with Joshua Rifkin.
“Working with VocaMe is something special. Both in rehearsals and on the stage, I experience the five of us as a unique team, and everything we produce already bears our individual stamp. The sound of VocaMe is unmistakable, and of that we can be
very proud.”

Michael Popp – VIELLE, SANTUR, HARP, MONOCHORD, UD, DILRUBA, IKLIG, BELLS
Michael Popp has been involved with early music for several decades. In 1985, whilst still studying at the Mozarteum (with Nikolaus Harnoncourt among others), he, Sigrid Hausen and Ernst Schwindl established the Estampie Ensemble, which has been a leading medieval ensemble on the international stage for many years. The group’s extremely wide-ranging involvement has become evident through numerous concerts, radio and television recordings, dance and theatre performances and twelve CDs and DVDs.
Popp has additionally formed several ensembles that are very closely related to Estampie.
The “electro-medieval” band Qntal, for example, has existed since 1992 and has made an international name for itself through many appearances at home and abroad and eight CDs and DVDs.
The Al Andaluz Project, a collaboration with Spanish and Moroccan musicians, devotes itself to the Islamic-Sephardic-Christian music of Spain. In 2012 the group received the “Ruth” prize for international folk music, Germany’s most important critics’ prize in the field.