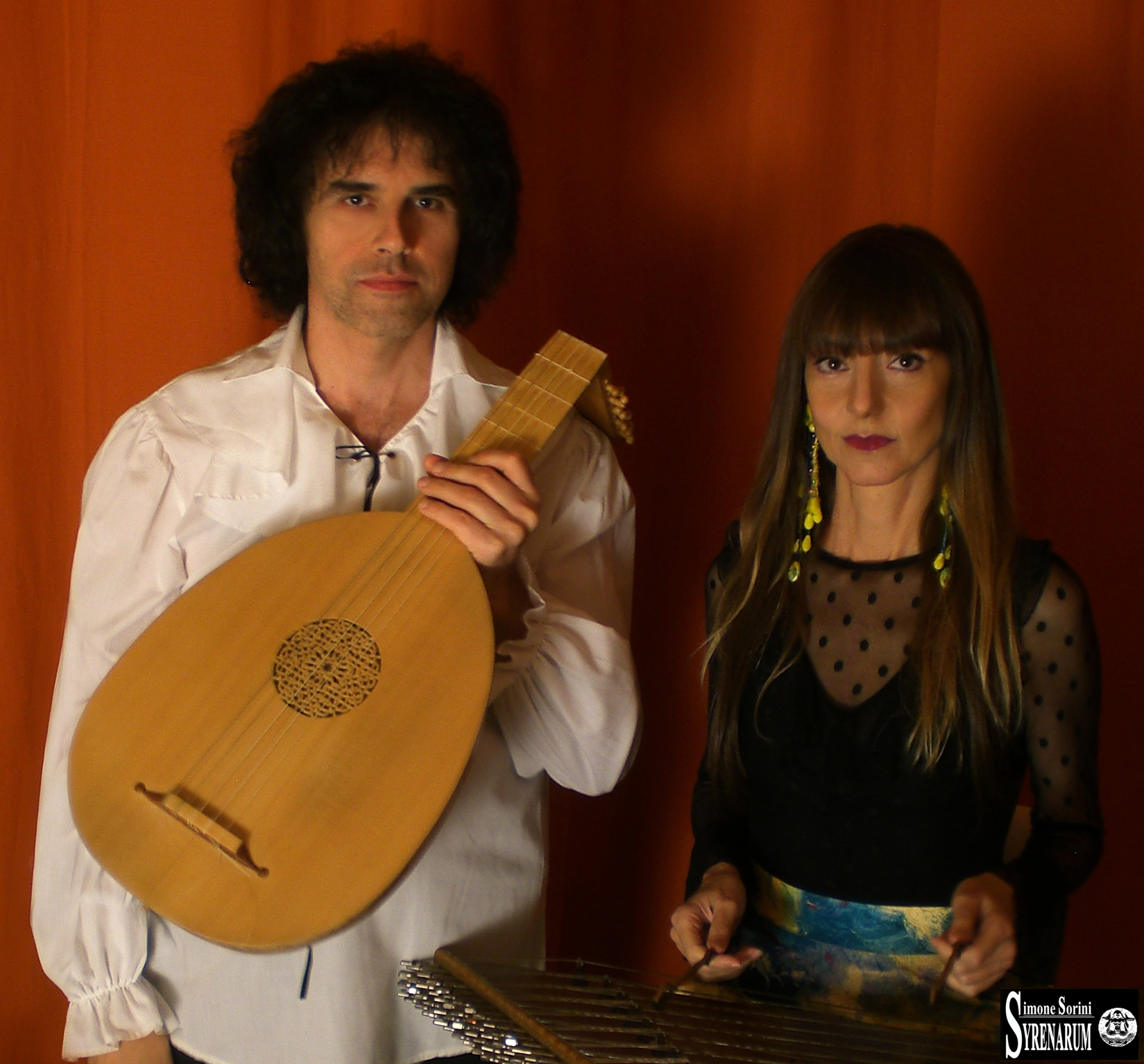 Simone Sorini, well-known and appreciated interpreter of Ancient Music at international level, is “Cantore al Liuto” (singing lutenist) – a musical protagonist of the past whose important figure, long forgotten by musicology, lives today in his studies and his music. About it he has made a solo album entitled “Ritus Orphaeos – The Cantore al Liuto in history, from the Middle Ages to the Golden Era.”
Tenor and multi-instrumentalist, he has over the years refined an in-depth knowledge of early music repertoires and medieval and renaissance plectrum instruments, such as lutes, citole, guiterne, cetre, chitarrini and oud, which he uses to accompany himself in singing, and whenever possible he also gives his performances an educational and cultural imprint. Together with Claudia Viviani, italian singer and instrumentalist, he founded the “Simone Sorini SYRENARUM”, a duo/ensemble that mainly performs repertoires of historical music, but also crossover projects linking ancient and modern music, with original arrangements.
Graduated in musicology, he carries out philologist and researcher activity focusing for many years on the musical repertoires from the centre/Italian families like Montefeltro and Della Rovere; he is also the author of the book “L’Opera Sacra di Leonard Meldert”, the first monography of an important Flemish author of the late Renaissance, whose footsteps had almost been lost.
His non academic and immediately recognizable vocal style, that has made him a point of reference for many early music performers, is much appreciated in Europe, where he performed in the most important theatres and festivals. He has sung and recorded for Radio France Musique, Radio Osterreich 1, RAI Radiotelevisione Italiana, SBS Radio Sidney.