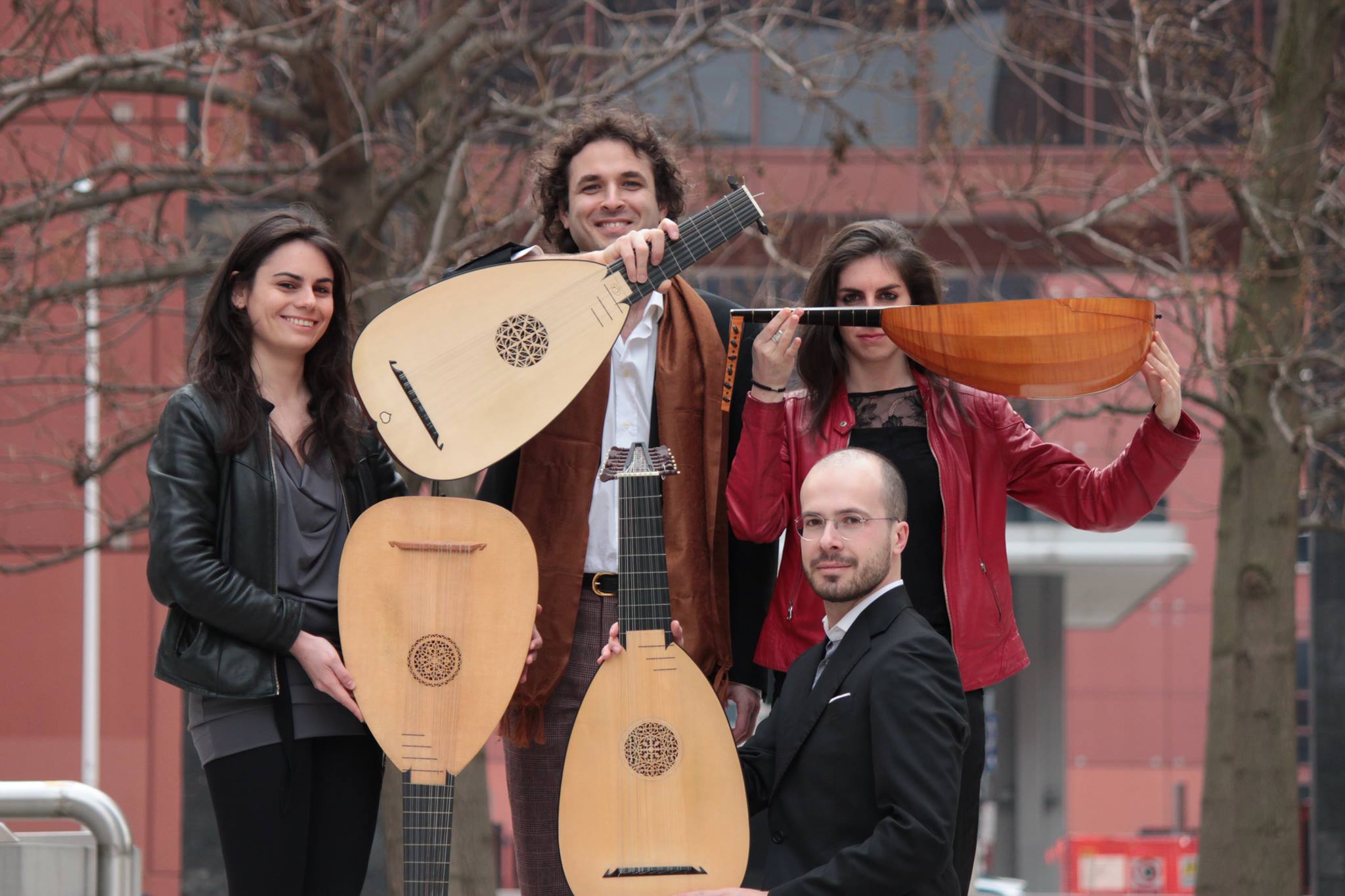 The Quartetto di Liuti da Milano is an ensemble devoted to a repertoire of music from the Renaissance and the early Baroque period. The ensemble was established in 2012 in Milan, with the encouragement and support of the Fondazione Marco Fodella. The Quartet immediately encountered a highly positive critical reception. The group consists of the founding members Emilio Bezzi, Renato Cadel, Elisa La Marca and Giulia La Marca.
The Quartet’s goal is researching the so far poorly explored potential of the lute in an ensemble.
Therefore, out of a strong belief that lute was not only a solo instrument, the Quartet’s repertoire includes compositions “for every type of instrument”, and the instrumental performance of vocal music. The motet, the madrigal and the villanella were not only meant to be executed by vocalists, it being common practice to play them on instruments only. Without the poetry, their elegant, polyphonic character still manages to express the atmosphere in which they had been composed, exalting their
most intimate musical parts. The instrumental execution also allows developing melodies, through the art of diminution and ornamentation, explicating the shades not shown in the lyrics. History shows that the lute played a lead role in these practices, not merely as a soloist. A quartet of lutes attributes a noticeable color to this music, offering today’s audiences an insight into the most hidden corners of antique courts, where the lute was especially loved.
In 2014, Brilliant Classics published the ensemble’s first cd, Vita de la mia vita, which is entirely focused on the second half of the Italian sixteenth century. The project received an excellent critical success.
The CD was recently presented to the public by Radio 3 (the cultural channel of the Italian national broadcasting corporation) in a live performance. Recently, the ensemble has performed at the festivals Pavia Barocca and Settimane Barocche in Brescia (Italy), Cantar di Pietre (Switzerland) and at the National
Museum of Warsaw and the Sala Cecília Meireles in Rio de Janeiro.