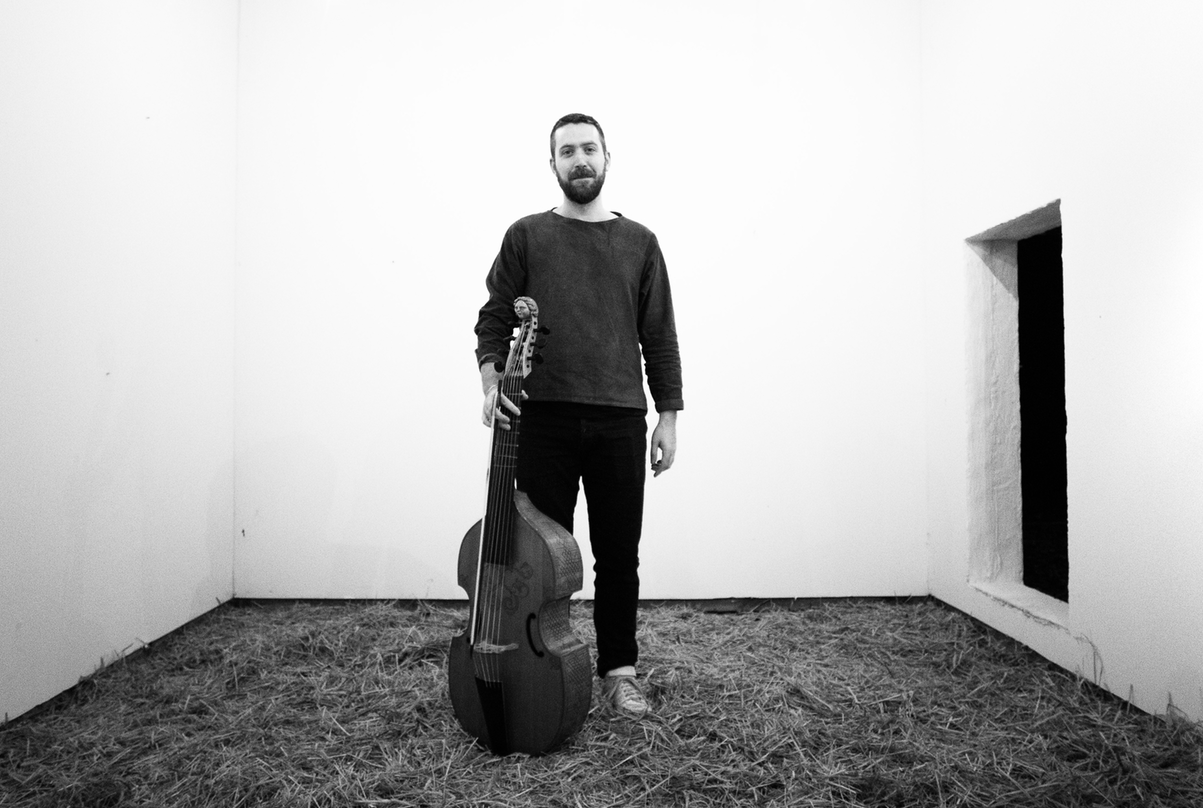 At around the same time John Dowland was writing his famously beautiful music for solo lute, his contemporary Alfonso Ferrabosco the Younger was composing a collection of equally gorgeous, subtle, and elegant music for solo viol. Heard all too rarely today, the repertoire is highly complex, chordal and contrapuntal, with Ferrabosco asking the player to tune his instrument in a variety of non-standard ways to achieve special resonances. We often describe the viol as a bowed lute, and it is particularly in this style of writing, called lyra viol playing, where this close relationship between the instruments is most apparent. The lyra viol’s bow is light and flexible and it does something halfway between plucking and singing, like filling in the ink drawing of lute playing with strokes of delicate watercolor.

In this program, Liam Byrne intersperses selections from Ferrabosco’s 1609 collection of lyra viol lessons with some anonymous gems from unpublished manuscript sources, as well as works by William Lawes, Daniel Farrant, and others. The lyra viol is the ultimate unaccompanied repertoire for the viol, and its introspective intimacy and delicacy is perfectly suited to the acoustic of the KoncertKirken.

Liam Byrne spends most of his time playing either very old or very new music on the viola da gamba. An obsession with the instrument’s most obscure 16th and 17th century repertoire is a recurring theme in his work, whether in devising baroque performance installations for the Victoria & Albert museum, or in collaboration with the Appalachian fiddler Cleek Schrey, or creating new electronic works with Icelandic composer Valgeir Sigurðsson.
Liam’s solo performances frequently combine old viol music with new works written for him by composers such as David Lang, Nico Muhly, and Edmund Finnis, among many others. His membership in Icelandic record label and artist collective Bedroom Community has led to the release of two massive studio-based works: Donnacha Dennehy’s 40-minute long Tessellatum for multi-tracked viol and viola (with Nadia Sirota), and Valgeir Sigurðsson’s Dissonance, a 23-minute deconstruction and explosion of a Mozart string quartet using many layers of Liam’s improvisation.
In June 2017, Liam was commissioned by the Victoria & Albert museum to create a site-specific sound installation for their new Courtyard Gallery, which resulted in the 8-hour long piece Partials, an exploration of the space’s resonance derived entirely from upper partial harmonics played on the viol. In 2015 Liam also collaborated with Nico Muhly on a sound installation for the National Gallery’s Soundscapes exhibition, and in 2016 was commissioned by the Dulwich Picture Gallery to make an immersive work in their Mausoleum, in response to two 17th century paintings by Gerrit Dou.
Over the years, Liam has worked closely with a wide variety of musicians, from Damon Albarn to Emma Kirkby, and is a frequent guest of new music ensembles Stargaze, the London Contemporary Orchestra, and Crash Ensemble. With a background in Historical Performance and degrees from Indiana and Oxford Universities, Liam has played and recorded with many of Europe’s leading Early Music ensembles, including the Huelgas Ensemble, Dunedin Consort, The Sixteen, i Fagiolini, and the viol consorts Phantasm, Concordia, and most notably Fretwork, with whom he toured and recorded extensively for several years.
Concrete, the debut solo album from Liam Byrne, was out 10 May 2019 on Bedroom Community.