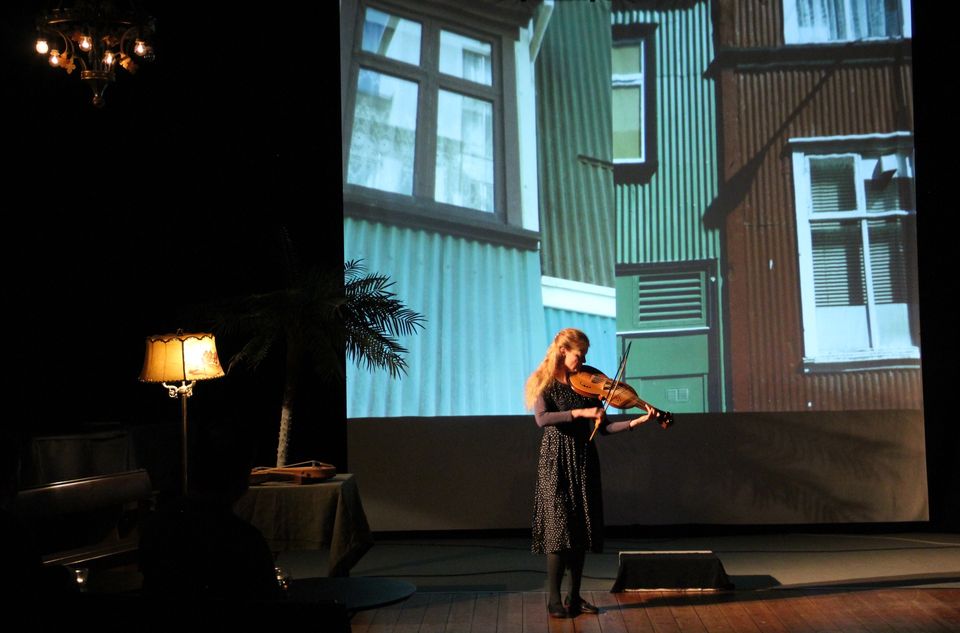 Elizabeth Gaver (US/NO) – medieval fiddles, photograps
Elizabeth Gaver’s interest in exploring possible nordic influences on medieval tune construction and playing style began in 1995 with the Sequentia theater piece “Edda Eins”. She visited Norway and studied the oldest dance and listening tunes for the hardingfele, incorporating some of their characteristics in pieces for medieval fiddles.
She continued to experiment with nordic elements in several other projects including the Swedish trio, Ulv, Sequentia’s “Rheingold Curse”, and a performance of the Norwegian ballad, “Draumkvedet”. This solo program presents elaborations and re-workings of the music she created for these projects, as well as recently composed pieces.
Elizabeth Gaver has been a core member of the medieval ensemble Sequentia (Cologne/Paris), performing concerts throughout Europe, the US, Israel, Morocco, Japan and Australia. She has participated in over a dozen recordings with the ensemble as well as several theater productions. She has also performed and recorded with the Scandinavian medieval ensembles Modus Ensemble, Pro Musica Antiqua Oslo, Laude Illustre and Ulv.
Elizabeth has performed and recorded on baroque violin with leading ensembles in Norway and the US. She is a member of the Cherry Trio in California and participated in the project, “Nodebog” performing music documented in fiddlers’ notebooks from the 18th century in Norway.
In addition, she plays hardingfele and violin with the traditional music ensemble Feleboga, performing both Norwegian traditional music and American old-time music. The band has performed concerts and taught dance workshops in Germany, Iceland, Poland, Thailand and the US. Elizabeth Gaver has earned degrees from Stanford University, The Juilliard School, and has studied medieval performance practice with Thomas Binkley at Indiana University. She has written her University of Oslo hovedfag thesis, “The (Re)construction of music for bowed stringed instruments in Norway in the Middle Ages”.