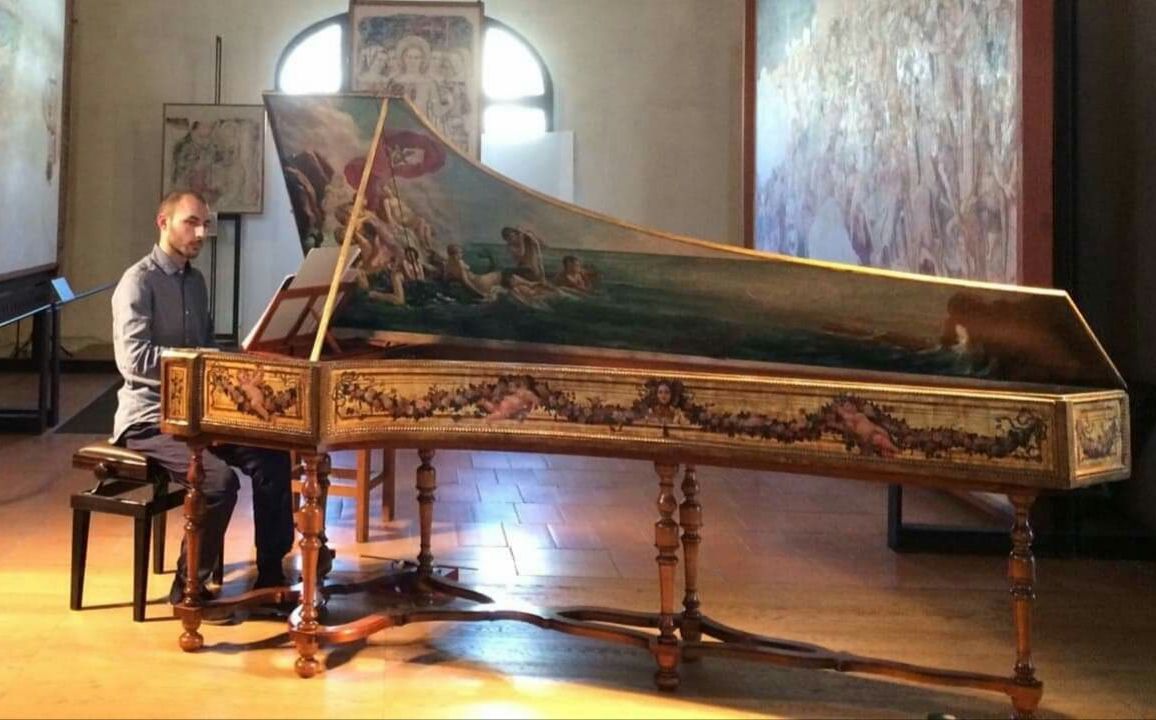 Giovanni Calò
Born in Treviso (Italy) in 1992. He started to study piano at the age of 6. At 10 he entered in the Conservatory “Steffani” of Castelfranco Veneto in the class of the Professor Luigi Schiavon. After the premature death of his teacher he left the Conservatory, going on privately with the professor Vanni Ussardi until 2011.
In the 2015 he did the Diploma in piano repertoire in the Conservatory “G. Tartini” of Triest the professor Igor Cognolato and attended a complementary course of harpsichord with professor Paola Erdas.
In 2015 he entered “Schola Cantorum Basiliensis” in Basel and finished his Bachelor degree in harpsichord in 2018.
He is now attending the first year of Master with the Professor Andrea Marcon.
He has attended several masterclasses with R. Risaliti, Markus Prause a.o. and competitions like “Concorso Città di Giussano” and “Premio Maria Grazia Fabris” in Trieste.
In June 2019 he made it to the final round of the the “Second International Harpsichord Competition Citta di Milano” which brought him to Copenhagen to play the same year.