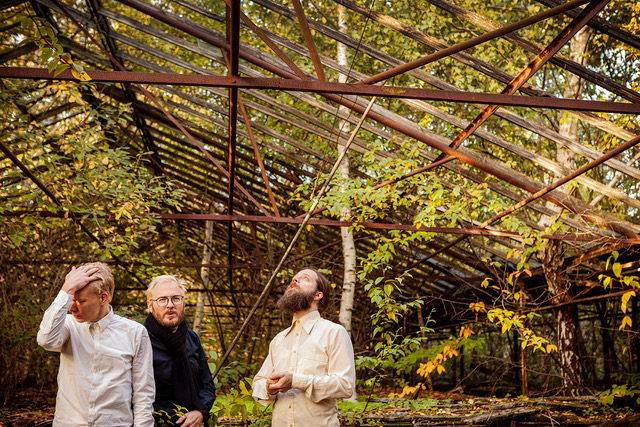 OMHU – the fourth album by Simon Toldam Trio is sonic explorations of slowness, and is recorded in the beautiful acoustics of Sendesaal, Bremen, Germany. The music is reflections on time and space, elements that is in high demand these days. OMHU is a danish word meaning: being precise, careful and conscientious in the execution, treatment, or care of something. The new music of Simon Toldam Trio is omhu.

SIMON TOLDAM TRIO has existed for 9 years, and is one of the most acclaimed and versatile trios from Denmark. Whether parading or drifting, noising or silencing, the interplay between these three displays their uncanny ability to beat and blow as one organism.

Simon Toldam Trio´s debut-album “Sunshine Sunshine or Green as Grass” was proclaimed as a masterpiece from several jazz critics (and nominated as “Album of the year” – Danish Music Awards Jazz), and since then the trio continued their musical path with the grammy-nominated duology LOOK UP, consisting of LOOK UP 14 (from 2014) & LOOK UP 15. Now OMHU is released, yet another take on the art of piano-trio.

“Simon Toldam … one of the most impressive figures on the bustling Scandinavian improvised music scene”. – Peter Margasak, DownBeat
“Together these three musicians have created their own sound, their own way of seing and hearing.” – Jakob Bækgaard, All About Jazz