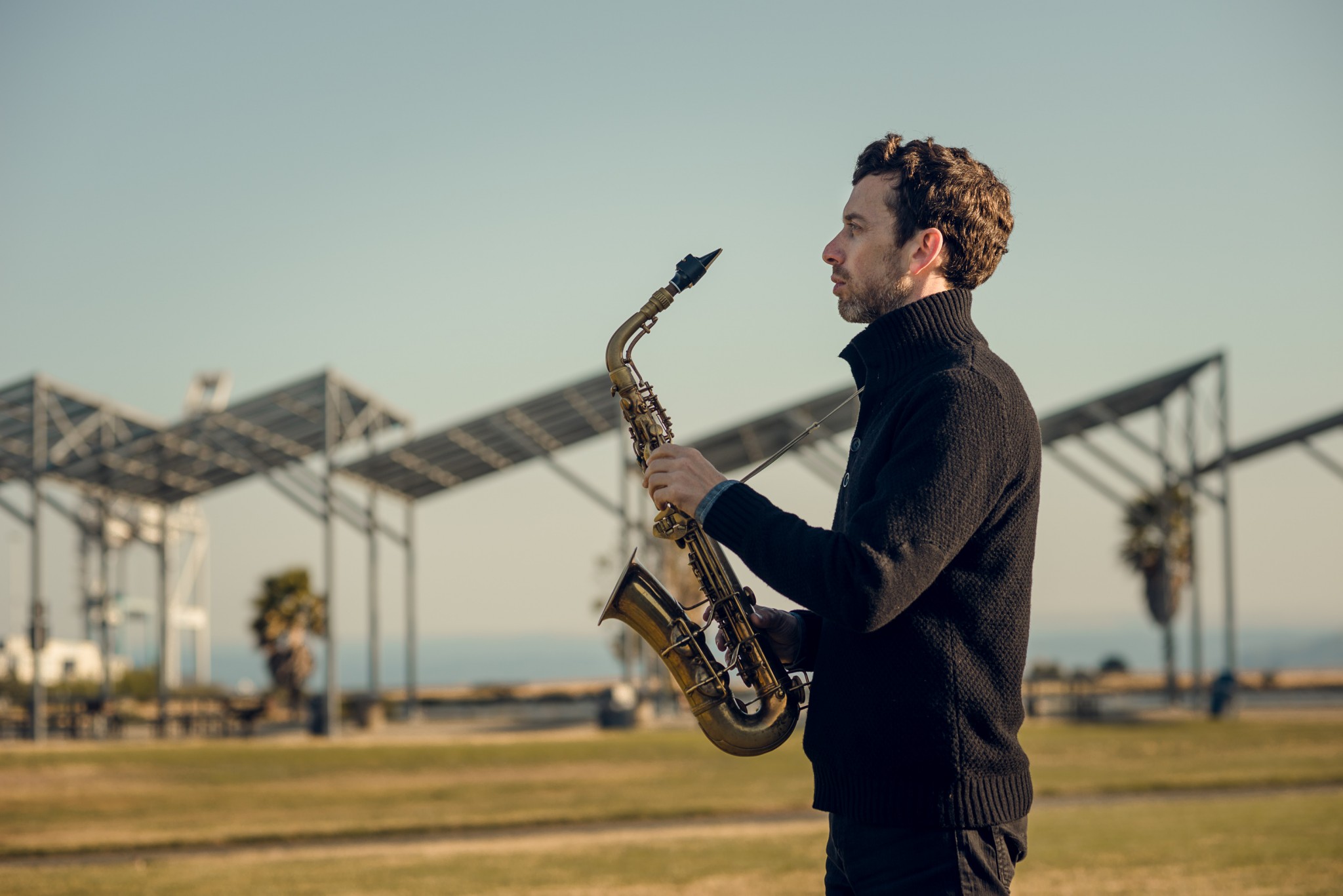 In this electroacoustic solo project for saxophone and electronics, Oakland based musician Aram Shelton re-arranges and extends the sounds of a 1937 Conn alto saxophone via Max/MSP. The rich source material, including unique frequencies that are a result of resonant feedback, complex harmonics and multiphonics, is used to create multiple layers of tones through sample based explorations.

Aram Shelton is a saxophonist, improviser and electronic musician from Oakland, California, where the projects Tonal Masher, the Broken Trap Ensemble, and the Sound Quartet represent his music. He is connected to Chicago (where he lived from 1999 to 2005) through his Quartet, the cooperative sextet Fast Citizens and Jason Adasiewicz’ Rolldown. His playing and music are available through Delmark, Clean Feed, Cuneiform, 482 Music, Locust Music, MultiKulti, Edgetone, and his own Singlespeed Music.

Since 2001, Aram Shelton has been using computer based live sampling via Max/MSP in a variety of setting to process and extend acoustic instruments. In 2002 he formed the duo Grey Ghost (482 Music) with the drummer Johnathan Crawford. The Wire found their music to be a “focused symbiosis of breath and circuitry”. In 2007 he received his MFA in Electronic Music from Mills College where he studied with John Bischoff, Maggie Payne and Chris Brown. His thesis focused on the use of live sampling to extend and rearrange the sounds of acoustic instruments in a live performance setting. From 2010 to 2012 he joined Michael Coleman and Alex Vittum in the trio Stratic. All About Jazz compared their music to “a waking dream memory of music”. In the past year, Shelton has focused on solo electroacoustic music, based on explorations into the resonant feedback frequencies that are unique to the saxophone. Due to the ongoing concept of rearrangement via electronics, Shelton has chosen the anagram Tonal Masher as an apt moniker.