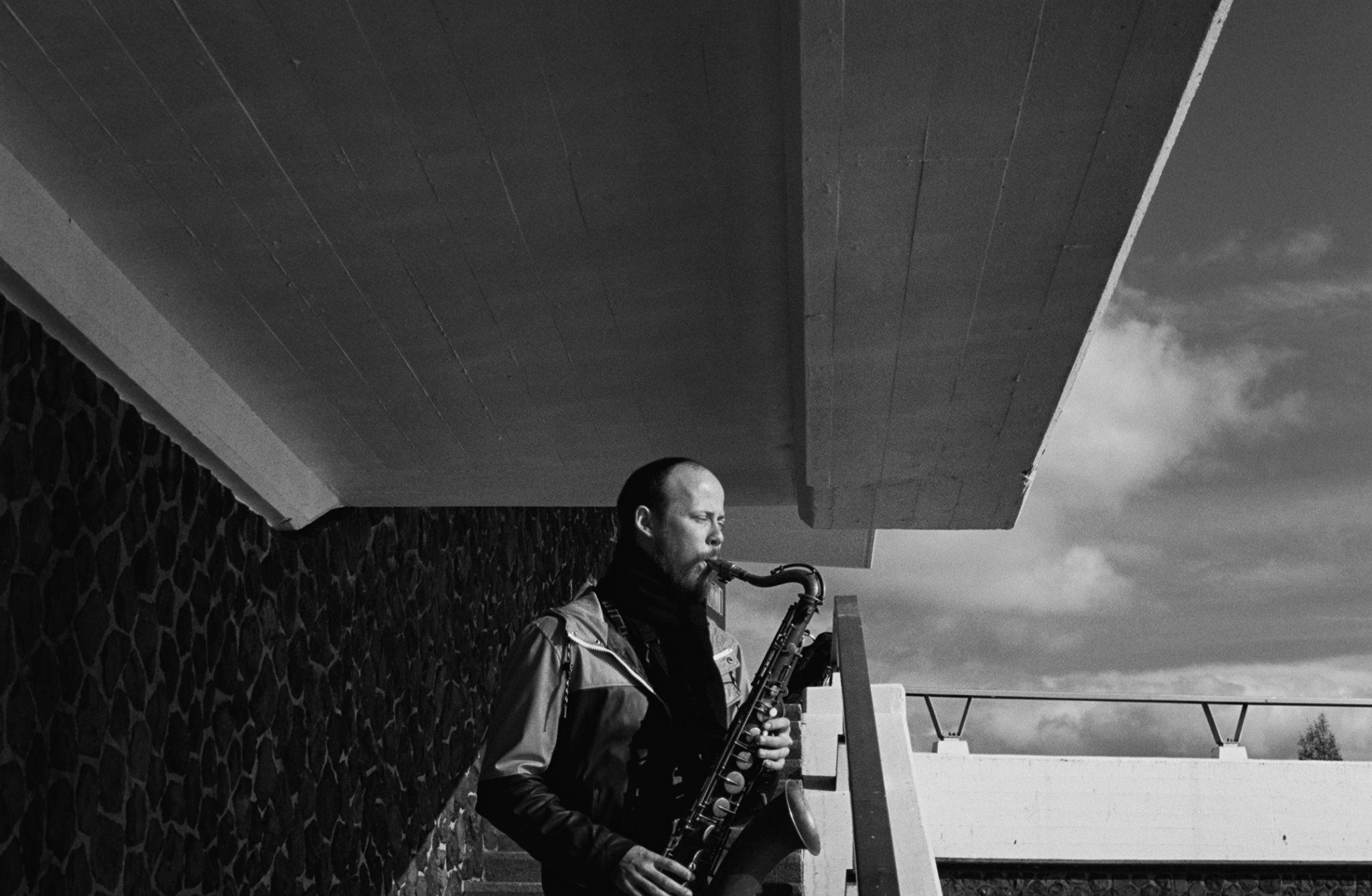 Andriu D quartet is an international project uniting Amsterdam and Copenhagen based musicians.
The sound of the band has many different influences and gives unity to broad spectrum of sound colours which have a huge tendency to brake boundaries of style. Lithuanian folk music and world music is a big part of this project since all the players are diving into it and exploring the sonics of it’s sound.

Salvoandrea Lucifora
is an Italian trombone player and composer currently living in Amsterdam. Salvoandrea was born and raised in Sicily, in 2009 he moved to Turin where he graduated in Cinema and Media Engineering in 2013, and in Jazz Trombone in 2015. In September 2015 he moved to the Netherlands for his Master of Music at the ‘Conservatorium van Amsterdam’, graduating in June 2016. While studying he has been actively part of the music scenes in Italy and Holland as Trombone player, composer and organiser. As an improviser and composer his main focus is to investigate the relationship between rationality and intuition. He has performed with: Michael Moore, Furio Di Castri, Wolter Wierbos, Jimmy Sernesky, Alan Laurillard, Luc Houtkamp

Asger Thomsen
Musician and composer living in Copenhagen, Denmark. He is primarily working as a double bass player and composer in the field of improvised music with and without notated material. With a physical and detail-oriented approach to the bass and a love for the unexpected he is often aiming for extreme constrasts in the music. Thomsen has established himself as a strong improvisor in the Copenhagen scene and can be heard in many different contexts spanning from alternative pop to free/experimental jazz and avant-garde. Leading or co-leading projects such as Den Polyvalente Hjelm, Magpie and Konkyhlie. Educated at Syddansk Musikkonservatorium, Esbjerg (Bachelor) and Rythmic Music Conservatory in Copenhagen (Music Performance, Master Degree). Studied with Søren Kjærgaard, Thommy Andersson, Adam Pultz Melbye, Torben Snekkestad, Jacob Anderskov, Mazen Kerbaj, and many others. Toured in Denmark, Germany, Poland, Indonesia, Malaysia, Singapore, and USA.

Onno Govaert
is a crucial member of the Amsterdam jazz scene and part of the youngest generation of improvising musicians. Govaert has appeared regularly at the Bimhuis including a Carte Blanche in 2013 and has completed three “Young Vip” tours, granted to young jazz talent in Holland. Besides Europe he has toured North- and South-America, Siberia and Japan. Govaert has worked with a broad spectrum of musicians: Wilbert de Joode, Ab Baars, Achim Kaufmann, Peter Brotzmann, William Parker, Akira Sakata, Mary Oliver, Tristan Honsinger a.o.