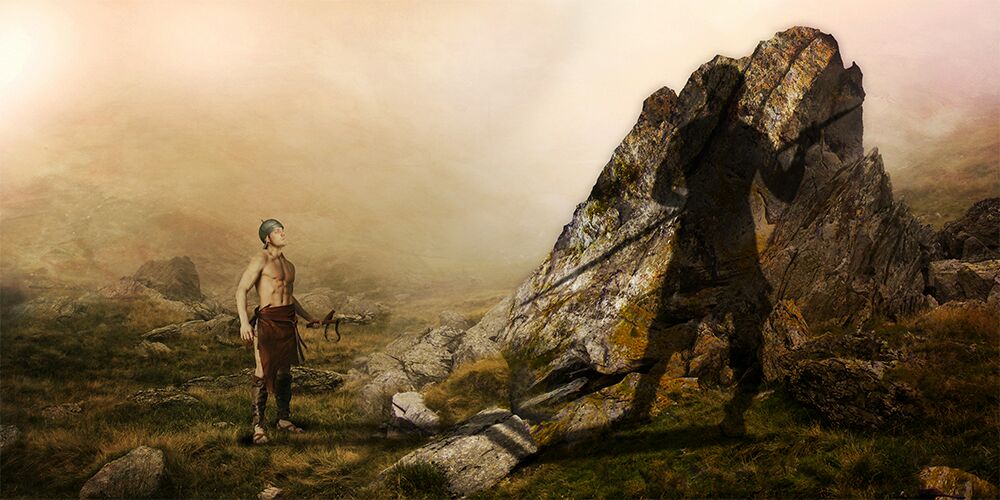 I Only Fight Giants​ (SE/UK/TU)

I Only Fight Giants is an international trio with roots in Folk, Indie, Jazz and Rock. With three songwriters and multi-instrumentalists, hailing from Turkey, Sweden and the United Kingdom, I Only Fight Giants is a versatile setup which regularly features guest performances. Though born not long since yesterday, the trio have already gained a following from gigging small and larger around Malmö and Copenhagen, and enjoy busking wherever the opportunity presents itself. The core of the band is Mehmet Ali Arslan (guitar/cajon/voice), Philip Hartman (guitar/flute/countless wind instruments/voice) and Lloyd Degler (double bass/guitar/voice), all of whom are united in the noble cause to fight only the most giant in stature. The setting is bare bones acoustic, though Mehmet is occasionally known to bring a barrage of soothing effects, lulling the giant to sleep before we batter him with a wall of giant-felling sound.

Mehmet Ali Arslan, a Kurdish Knight, has travelled all the way from Ankara, Turkey, to join the giantfighting cause. Though currently taking his PhD in Computer Sciences, Mehmet dedicates all of his precious spare time to his music. He has written many songs over the years, performed in numerous ensembles and has even composed music for film. Ever experimenting with loops and various effects, Mehmet is constantly perfecting his art, and is something of a sound guru to his bandmates.

Philip Hartman, the only native in the group and a stalwart Viking, brings a multitude of instruments to the stage. His weapon of choice is the very voice of his breast. But just try to take away his guitar, or the army of wind instruments which always accompanies him to the battlefield. I dare you! When Philip is not fighting giants, he is a freelance musician who regularly performs in a variety of constellations. Among the many other strings to his bow are composing, arranging and songwriting.

Lloyd Degler, a hardy Englishman from the Yorkshire moors, staggers out of the mist with the ensemble’s giantmost instrument: the double bass. No stranger to his own voice, Lloyd also sings heartily, bringing a barrage of his own songs to the group. Outside of the ‘Giants, Lloyd is also a freelance musician, songwriter, composer and event organiser.

I Only Fight Giants has played at Babel in Malmö, as well as a number of smaller venues, and has also previously had the pleasure of playing at KoncertKirken in Copenhagen.