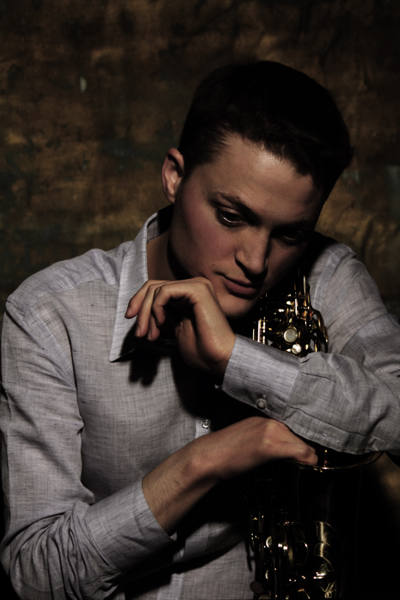 Joshua’s newly written Octet – Reduce. Reuse. Recycle. – is the most ambitious and large-scale work of the young composer and saxophone player.  The music deals with the theme of climate change and places the texts of contemporary environmental British poems in a shifting and evolving musical landscape.  The octet is an entirely international ensemble comprised of some of Europe’s finest young jazz musicians.

As an ensemble leader, Joshua has made appearances in the London Jazz Festival, Copenhagen Jazz Festival, City of London Festival, performed at venues such as The Vortex, Ronnie Scotts, LSO St. Luke’s, Kings Place, The Elgar Room, Kunstfabrik Schlot Berlin, Koncert Kirken Copehagen, Dokkhuset Trondheim and the Barbican Theatre; has been broadcast on Jazz FM and BBC Radio 3 and led educational workshops.

‘….a young alto saxophonist of rare thoughtfulness and poise…makes all the right choices about when to turn up the heat and when to stay cool…’ – Jazzwise 2015 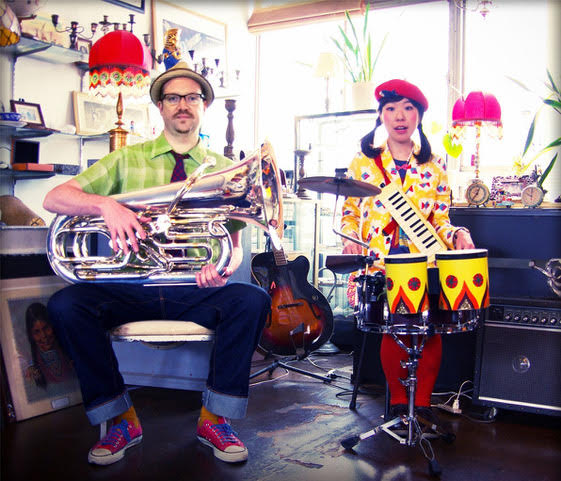 Heavy Rock meets Heavy Gypsy meets Heavy Multi-tasking, in a bright new musical world they are pioneering together!
Gideon plays the keyboard with his feet whilst simultaneously blowing bass, harmonies and melodies on the tuba. Meanwhile Fu-ching creates a whirlwind of drums, all the while playing melodies, harmonies and effects with her left hand, on the keyboard harmonica.

Performing a few choice, surprising covers and an ever increasing body of astonishing original compositions, FU-CHING-GIDO play live shows with all their bodies, technique, heart, and soul.

FU-CHING-GIDO are delighted to announce the release of their critically acclaimed new album, “Earthlings”.